Willem Dafoe is the voice of a “death god,” because of course he is. 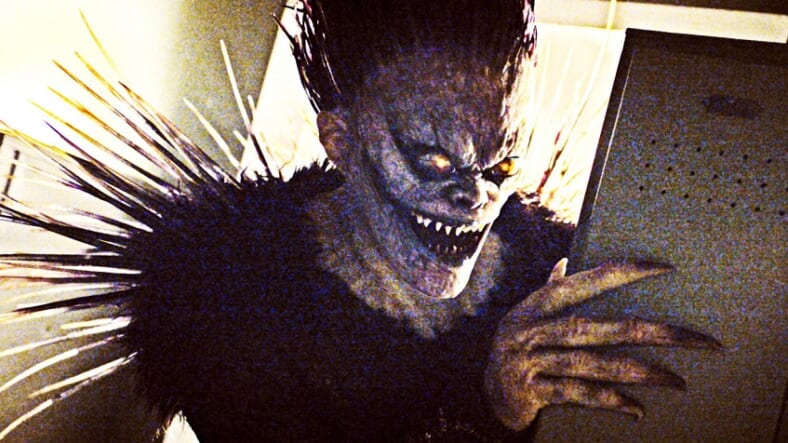 Netflix has adapted the popular manga Death Note into an original movie, and if this trailer is any indication, it’s going to be a wickedly scary ride.

The “note” in question isn’t musical—it’s written in a special notebook. Teenager Light Turner (Nat Wolff) ends up in possession of that notebook and ends up becoming a vigilante.

The notebook has the power to kill anyone whose name is written in it, and they’ll die in whatever way the writer specifies. Sure it sounds like every writer’s daydream, but making into a reality after Turner learns how to do it clearly makes for a damn creepy show.

Perhaps the most intriguing part of the trailer is Ryuk, the “death god” who left the notebook in human possession. Voiced by Willem Dafoe—who seriously seems like the only logical choice for the voice of death—Ryuk is a malevolent, observing presence in the background when not teaching Turner about the book’s power.

Turner has one foil, a quirky detective named L (Lakeith Stanfield), who has a very Elliot from Mr. Robot vibe. L is working to untangle the mystery behind the murders committed via Death Note.

Movie adaptations often go different directions from their source material, so there’s no guarantee any manga fan will know the outcome for these characters.

We’ll find out just what the hell is going on in this creep-tastic world when Death Note begins streaming August 25.