“The multiverse is a concept about which we know frighteningly little.” 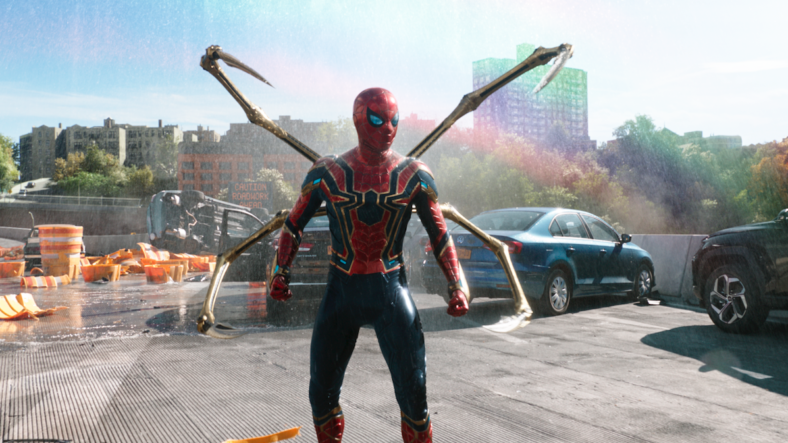 Marvel and Sony released a frenetic teaser trailer on Monday for Spider-Man: No Way Home, just a day after an unauthorized portion of the trailer was leaked online.

The widely-anticipated teaser trailer is a fast-paced three minutes that gets fans up to speed on the challenges facing teenage superhero Peter Parker (Tom Holland), who was unmasked as Spider-Man after his nemesis Mysterio (Jake Gyllenhaal) publicly revealed Spidey’s true identity at the end of 2019’s Spider-Man: Far From Home.

In the new clip, Parker first commiserates with M.J. (Zendaya) and then reaches out to the mystical Doctor Strange (Benedict Cumberbatch) to ask the caped hero if he can cast a spell to erase the world’s knowledge of who Spider-Man actually is.

But Strange has a word of caution for Spidey: “The multiverse is a concept about which we know frighteningly little,” which sets Peter up for a meeting with Dr. Otto Octavius, aka the famously tentacled Doctor Octopus (Alfred Molina), who reprises his franchise role after 19 years.

Spider-Man: No Way Home is directed by Jon Watts and stars  Holland, ZendayaCumberbatch, Molina, Jon Favreau, Marisa Tomei and Jamie Foxx, who returns as Electro. It swings into theaters on December 17. Watch the full trailer above.