“In this town it can all change…like that.” 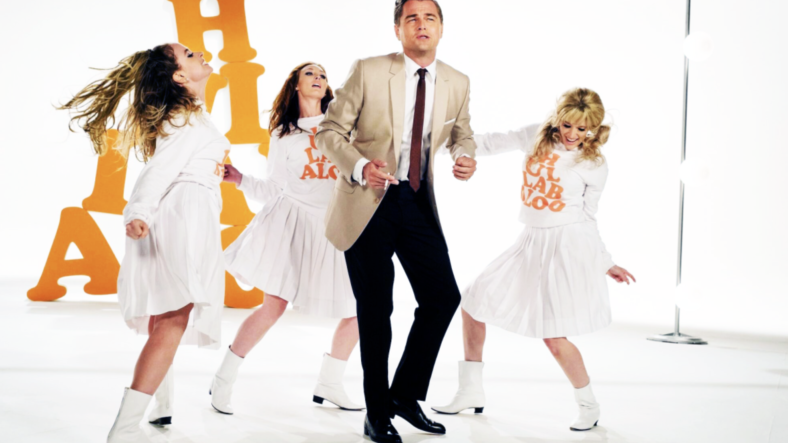 Don’t be fooled by the fact Quentin Tarantino’s Once Upon a Time … in Hollywood includes the Manson family murders of actress Sharon Tate, among others. It’s definitely not a “Manson movie,” and this trailer, released just before the film’s premiere at the Cannes Film Festival, testifies to that.

Producers have indicated as much, of course. No, it’s pretty clear this is Leonardo DiCaprio‘s and Brad Pitt‘s movie, and Charles Manson and his followers are simply part of the storyline—as is Margot Robbie‘s Sharon Tate.

If anything this line from the trailer may crystallize a big theme from the script: “In this town it can all change…like that.”

Past the historical details, not a whole lot is known about the movie. The synopsis, per Sony:

Quentin Tarantino’s ONCE UPON A TIME IN HOLLYWOOD visits 1969 Los Angeles, where everything is changing, as TV star Rick Dalton (Leonardo DiCaprio) and his longtime stunt double Cliff Booth (Brad Pitt) make their way around an industry they hardly recognize anymore.

The ninth film from the writer-director features a large ensemble cast and multiple storylines in a tribute to the final moments of Hollywood’s golden age.

As for what’s really going on, it’s clear Tarantino finds the actual story too important to spoil. He recently wrote an open letter to Cannes Film Festival attendees which he had tweeted from the movie’s Twitter account.

“I love Cinema. You love Cinema,” the message read, “It’s the journey of discovering a story for the first time.” He continued:

I’m thrilled to be here in Cannes to share ‘Once Upon A Time…In Hollywood’ with the festival audience. The cast and crew have worked hard to create something original, and I only ask that everyone avoids revealing anything that would prevent later audiences from experiencing the film in the same way. Thank you.

Of course he’s probably totally sincere, but this is also a nice, subtle way to gin up interest in the movie, to give it an air of intrigue.

After Cannes, the rest of the world gets to find out what happened Once Upon a Time … in Hollywood when it hits theaters everywhere on July 26.