WATCH: This Panda Is Having The Best Snow Day Ever

This panda knows how to have a good time. 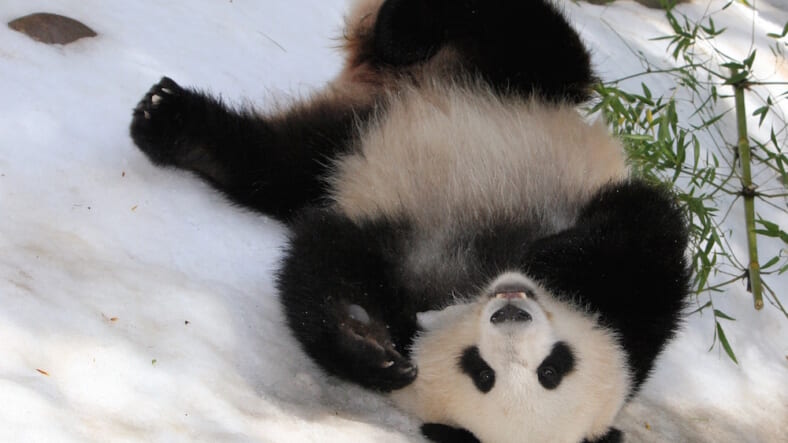 We at Maxim are glad to bring you the latest scoops on fast cars and sexy ladies. But every now and then, it’s important to stop and look at the bigger picture. Or rather, a video of a really adorable animal.

Luckily, this blizzard is bringing us more than just snow days and sick bird’s-eye views from outer space. The Smithsonian’s National Zoo just posted to Facebook a video of one of its pandas waking up to the snowfall, and holy shit this is the cutest thing I’ve seen in my entire goddamn life.

Tian Tian woke up this morning to a lot of snow…and he was pretty excited about it. #Blizzard2016

Our furry friend here is Tian Tian, the 275-pound male giant panda that calls the National Zoo his home. After awaking to the snowfall, Tian Tian slides down a hill of snow and then goes all Kung-Fu Panda on the frost. It’s a move that can only be described as, “Really goddamn adorable.”

Let’s get real: the authorities have strongly advised that we all stay indoors for the rest of the day. But damn, this looks like fun.