Russians can bare arms too. 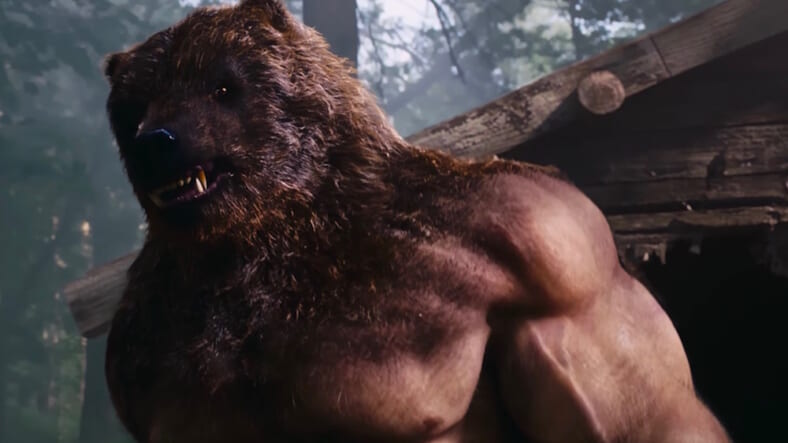 France has the film noir, Hong Kong has kung-fu flicks, and Denmark has those brooding, shaky-cam movies I’ll never sit through. But in the superhero genre, no one can touch us Americans. With iconic franchises like Superman, Batman, and even The Avengers, we downright invented the genre (USA #1).

That’s why our heart skipped a beat when we caught this trailer for an upcoming superhero flick from our longtime bête noir, Russia.

In the trailer for Guardians, a group of ordinary Russians (probably all named Vladimir) are conscripted into a DNA-warping program that gives them all superpowers. After the fall of the Soviet Union, they all go into hiding. But when a mysterious, supernatural entity threatens Russian in modern day, these “guardians” must rise up to defend the motherland.

Oh yeah, and towards the end of the trailer, there’s a goddamn roided-out man-bear who mows a dude down with a machine gun. Why didn’t we think of this, America?

It seems the Russians are tired of constantly being pegged as ominous villains by Hollywood and are trying to beat us at our own game. National loyalties aside, we actually sort of want to see this.

Below, watch the trailer for the most anticipated movie about Russia since Disney’s Anastasia: