Watch Insane Trailer For ‘Hereditary,’ Which Is Being Called The Scariest Horror Movie In Years

Turn all the lights on. 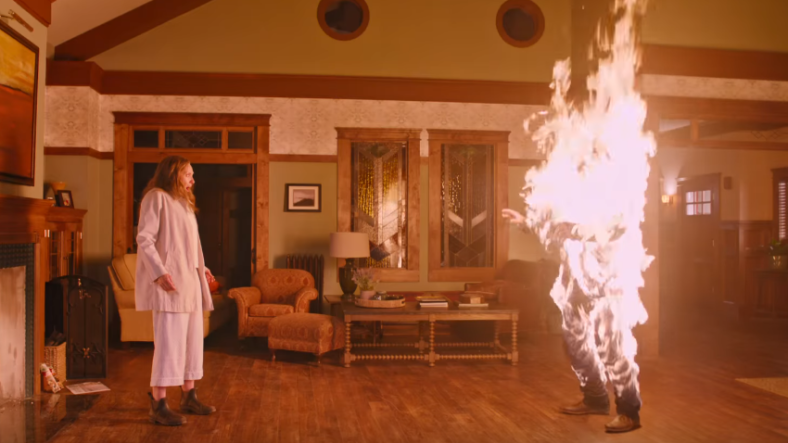 The synopsis for Hereditary sounds so innocent, too:

The Graham family starts to unravel following the death of their reclusive grandmother. Even after she’s gone, the matriarch still casts a dark shadow over the family, especially her loner teenage granddaughter, Charlie, whom she always had an unusual fascination with.

As an overwhelming terror takes over their household, their peaceful existence is ripped apart, forcing their mother to explore a darker realm in order to escape the unfortunate fate they’ve inherited.

From the mind-bending first image closing in on what appears to be a perfect miniature home only to enter a very real bedroom, the trailer clues you in to the fact you’re not watching cuts from any old horror movie.

It only spirals from there, getting crazier by the second.

Social media reactions make it clear that the early excitement—or terror—is for real.

I just saw the scariest movie I have ever ever ever seen in my entire life. I. Am. Shook. #Hereditary #Sundance

Holy shit that was incredible. One of the most disturbing and terrifying films in years. TRUST ME. You WILL be hearing about #Hereditary. I have not been that truly horrified in years. If you’re up at #Sundance see it immediately. I LOVED this film. This is what horror is.

@A24 there hasn't been a movie I was disappointed with from your studio. #Hereditary looks absolutely terrifying, definitely a must watch! 😨😱

Is there such a thing as “too scary?” #Hereditary #sundance

HEREDITARY is pants-wetting unnerving. The more I think about it, the more questions I have, and it could be much tighter, but it's still a hell of a cardio workout. Also, Toni Collette is a cinematic champ. #Sundance

She clearly agrees the movie is a nightmare, and she made it.

Does Hereditary deserve all the incredible buzz? Looks like we’ll find out when it premieres on June 8.