Watch New A24 Trailer For ‘Zola,’ Based On a Stripper’s Viral Twitter Thread

A glamorous trip full of “hoeism” transforms into a wild journey involving a nameless pimp, Tampa gangsters and other unexpected adventures. 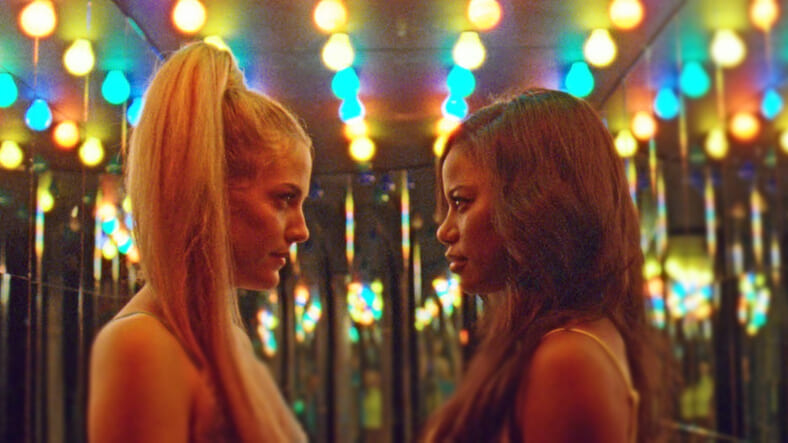 The Twitter thread has become its own storytelling format, one suited to punchy, action-packed stories as well as detailed, journalistic explorations of facts. One of the “pioneers” of threading was A’Ziah “Zola” King, who in 2015 began an epic thread (preserved in screengrabs here) with the following: “Y’all wanna hear a story about why me & this bitch here fell out? It’s kind of long but full of suspense.”

She was not kidding. King told of an adventure that started out one way then took some incredible turns both comic and scary.

Here’s a synopsis from A24:

Zola (Taylour Paige), a Detroit waitress, strikes up a new friendship with a customer, Stefani (Riley Keough), who seduces her to join a weekend of dancing and partying in Florida.

What at first seems like a glamorous trip full of “hoeism” rapidly transforms into a 48-hour journey involving a nameless pimp, an idiot boyfriend, some Tampa gangsters and other unexpected adventures in this wild, see-it-to-believe-it tale.

The trailer gives a good idea as to the approach taken by A24 and director Janicza Bravo, and English crime drama specialist Guy Ritchie would likely approve of the gritty mix of tension, comedy (like when Zola informs her Stefani that her her “brain is broke), and sexiness.

If you skipped looking at the Twitter thread, Rolling Stone followed up on the story in November 2015 and published even more detail here.

Currently, Zola is slated to bring its wild ride into theaters on June 30, 2021.