“I need you to take your fat, Shrek-lookin’ ass back the F**K home to Fiona.” 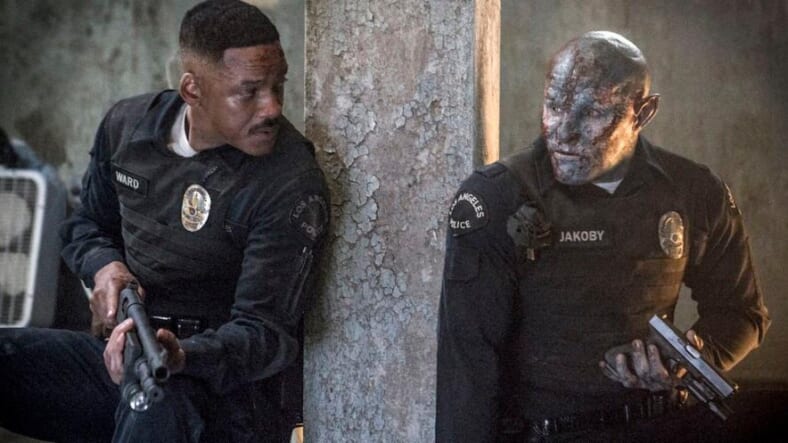 Don’t know about you, but I’ve definitely found myself watching one of the Lord of the Rings movies and thought, “this needs some Will Smith.”

Netflix heard that plea somehow and made Bright. It’s not some Hobbit-y adventure, though. It’s a gritty west coast cop drama that just happens to feature Smith and his Orc partner, played by Joel Edgerton.

Bright is the story of the partners finding an actual magic wand—a “nuclear weapon that grants wishes”—and ultimately being forced to fight everyone from other cops to criminals to all kinds of Tolkien creatures wearing gang colors.

Smith may have put a fine point on a certain level of social commentary that seems clear in this trailer when he reportedly said, it was “great to be an African-American police officer who found someone to be racist against.”

We’ll find out if Bright is actual genius—which is entirely possible when you put such wildly different story types together—or a hilarious misfire (also possible) when it premieres on Netflix on December 22.