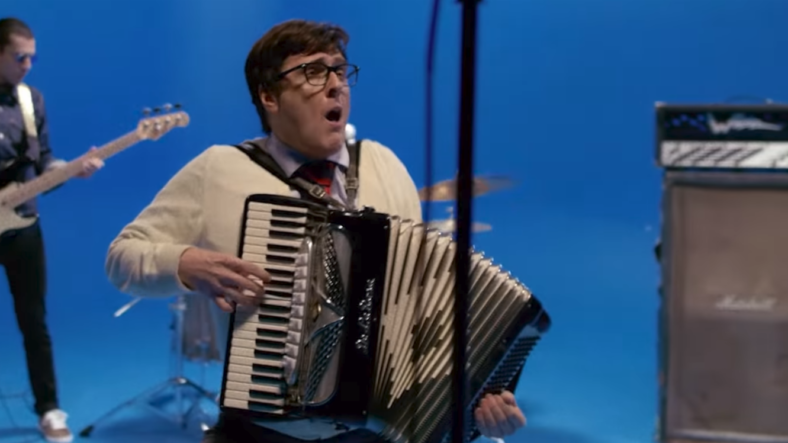 Weezer has a new music video for their hit cover of Toto’s “Africa”—but the band doesn’t make an appearance.

Instead, “Weird Al” Yankovic does a hilarious impression of frontman Rivers Cuomo alongside lookalike Weezer members in a replica of their 2004 music video for “Undone (The Sweater Song).” Compare and contrast the two above and below:

Yankovic’s casting isn’t random. The master of musical parody previously joined Weezer for a live performance of the ’80s pop track-turned-meme in August. Yankovic and Cuomo played the “Africa” solo in unison on accordion and guitar, respectively.

Rolling Stone reports that the rendition of “Africa” is Weezer’s first ever No. 1 song on Billboard’s Rock Airplay Chart and their first single to crack the Hot 100 in over 12 years. The music video for “Africa”, released Monday, already has over 320,000 views.

The blessings just keep on coming.