“Until very recently, the system was working. But there’s someone we haven’t counted for: you.” 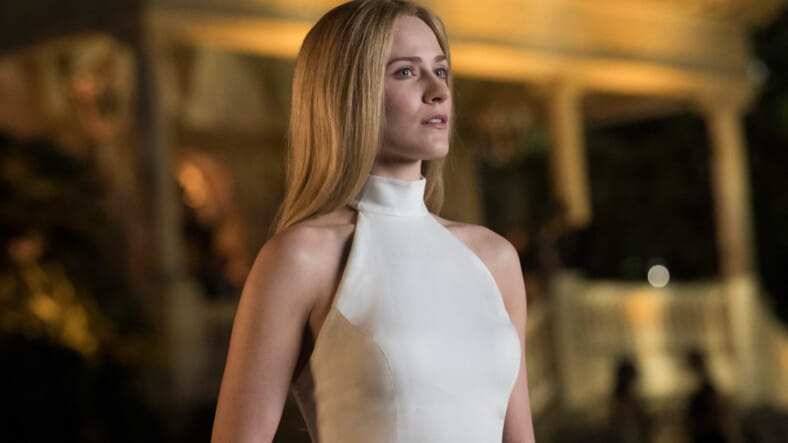 The 90-second trailer plays through a timeline that begins in 2019 with two real events: political unrest in Hong Kong, and the impeachment of President Donald Trump. Things get really freaky when future events are predicted, including an Indonesian ecological collapse in 2020, a Parisian “thermonuclear incident” in 2025, and the start of a Russian civil war in 2037.

This all sets up a “Solomon Build 0.06” system initiation event in 2039—that system could be the “Incite Inc” tech company that was introduced in a previous trailer—as well as a “critical event” that takes place in 2058. Gizmodo has further details on how these events could be connected to the established story.

There’s also this mysterious “Solomon Build 0.06″ in 2039 (possible connections to the story of King Solomon or the construction of Solomon’s Temple) followed by a “critical event” in 2058, which is thought to be the year that Dolores (Evan Rachel Wood) and the other hosts gained sentience and escaped Westworld.Considering this season is about social media and data collection, with Incite, Inc. at the center, it seems we could see greater forces “coming to collect” sometime this season. That’s one of many clues the latest teaser contains, along with the slough of websites and hidden messages HBO continues to sow throughout the internet. For example, the URL for the newest park on Delos Destinations says it’s called Warworld, which looks to be the world Maeve (Thandie Newton) finds herself in this season.

“Until very recently, the system was working,” a narrator says at the end of the teaser. “But there’s someone we haven’t accounted for: you.”

We’ll find out what all of this means when Westworld Season 3 premieres on March 15, 2020.