The ‘Blade Runner 2049’ Reviews Are In, And The Critics Absolutely Love It 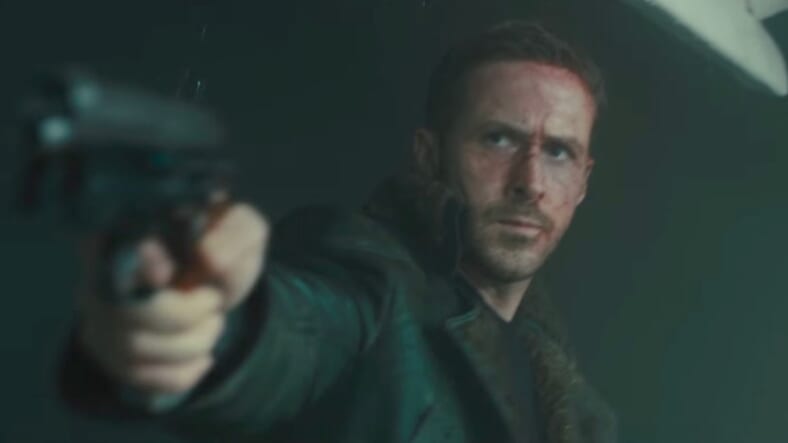 The trailers have been stunning. The short clips filling in events that occurred between the original 1982 film—which was set in 2019—and Blade Runner 2049 have been powerful and original in their own right.

We had a feeling the new Blade Runner movie–which hits theaters on October 6–wasn’t going to be just another warmed-over sequel, and now critics seem to be in near-unanimous agreement: Blade Runner 2049 isn’t merely great. It may be a masterpiece.

Some quotes below from a variety of reviews give a glimpse into just how much critics loved the mega-hyped sci-fi sequel.

EW: “Even when its emotions risk running as cool as its palette, 2049 reaches for, and finds, something remarkable: the elevation of mainstream moviemaking to high art.”

Nerdist: “Blade Runner 2049 supersedes its predecessor in a number of ways, and is not only a brilliant sci-fi movie, but one of the best movies of the year.”

The Wrap: “It’s hard to make a case against reboots and long-delayed sequels when an exception to the rule like Blade Runner 2049 comes along. No cynical cash-grab or by-the-numbers repeat, this is a sequel that manages to go deeper on the ideas offered by the first film.”

Consequence of Sound: “It may seem premature to ascribe the word ‘masterpiece’ to the legacyquel of a heady sci-fi head-scratcher from the ‘80s, but its audacity and formal perfection – not to mention its thematic weight – leave no other alternative.”

Rolling Stone: “Villeneuve’s dazzling sequel is on its own march to screen legend. Gosling and Ford are double dynamite in a mesmerizing mindbender that asks new questions meant to tantalize, provoke and keep us up nights.”

Guardian: “Blade Runner 2049 is a narcotic spectacle of eerie and pitiless vastness, by turns satirical, tragic and romantic.”

That’s just a sampling of the praise that’s already been heaped on 2049.

The final verdict will be rendered by the audience, of course.

Based on a glance at Rotten Tomatoes it’s obvious there will be plenty of people waiting in line to see this eerie new vision of the future when it premieres in the US on Friday, October 6.