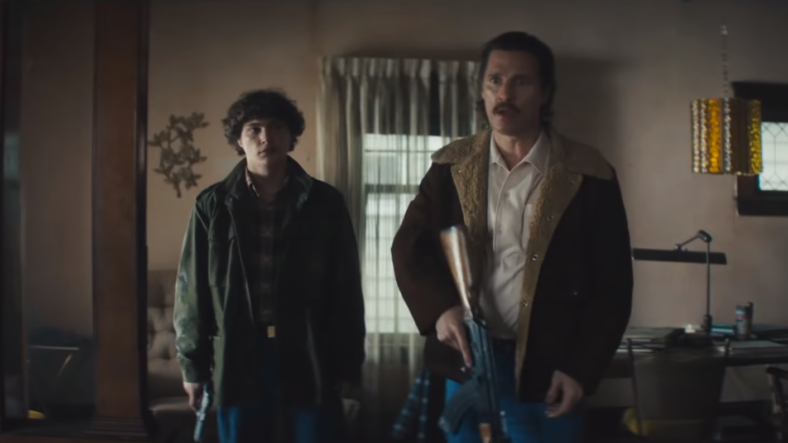 Matthew McConaughey and his teenage son rise through the drug world of 1980s Detroit in the riveting new trailer for White Boy Rick, which is based on a fascinating true story.

The plot points we see in countless great gangster stories seem to be in place—15-year-old Rick (Richie Merritt) starts out as a nobody in the hood, engages in various illicit activities, strikes it rich, and gets locked up. But the twist is that he was working as an undercover FBI informant, and it all went down when he was still a teenager.

Set in 1980s Detroit at the height of the crack epidemic and the War on Drugs, White Boy Rick is based on the moving true story of a blue-collar father and his teenage son, Rick Wershe Jr., who became an undercover police informant and later a drug dealer, before he was abandoned by his handlers and sentenced to life in prison.

The real-life White Boy Rick, aka Rick Wershe Jr., was showed no mercy by the judge presiding over his case, and is still in prison to this day, The New Yorker reports.

Wershe was sentenced under arguably the most merciless drug statute ever conceived in the nation, Michigan’s so-called 650-Lifer Law, which, at the time, mandated a term of life without parole for possession of more than six hundred and fifty grams of cocaine or heroin.

Wershe’s arrest, in 1987, for possession of more than eight kilos of cocaine, brought an end to his career as a dealer; he was seventeen years old. He will be forty-eight next month, and he is still imprisoned for that crime.What Detroit did not know during Wershe’s rise and fall is that he also served as a valuable off-the-books confidential informant for the F.B.I. and the police beginning at age fourteen, according to F.B.I. records and former agents and officers who have since come forward. Later, from prison, Wershe again coöperated with the F.B.I., in an elaborate sting targeting public corruption, vouching for an undercover agent who posed as Wershe’s trusted former drug connection. The operation resulted in the arrest of sixteen people and the conviction of high-ranking Detroit police.

Wershe Jr. is currently serving time at a Florida state prison for less severe crime he pleaded guilty to while imprisoned in Michigan. He could be released as soon as 2021, according to Click on Detroit.

Hopefully he gets to see White Boy Rick when he’s out.