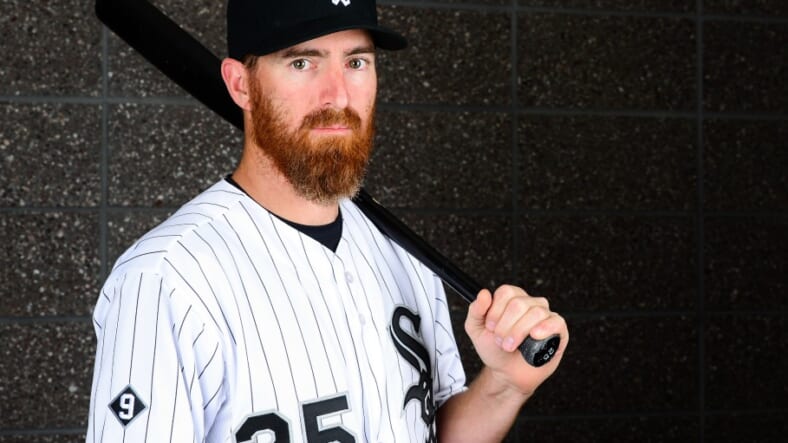 Major League veteran Adam LaRoche abruptly announced his retirement on Tuesday after a White Sox executive asked him to stop bringing his son around so much. The request from team president Ken Williams and LaRoche’s surprising reaction have set off shockwaves at White Sox camp, with players threatening mutiny and Williams struggling to maintain control of a team that has hopes of contending for an AL Central title.

The whole saga is among the most bizarre sports stories in recent memory and for once, team executives didn’t seem like the villains, at least at first. The way Williams tells it, he didn’t mind LaRoche having his son Drake around the team, he just didn’t want the kid to be such a fixture. He asked LaRoche, to “dial it back.”

Not an unreasonable request, it would seem, especially given just how much time the 14-year-old spent with the squad—every single day. Williams also sounded plenty reasonable talking to Ken Rosenthal about it: “I just felt that it should not be every day, that’s all. You tell me, where in this country can you bring your child to work every day?”

Turns out, LaRoche knows his son is around an unusual amount, which is why he spoke to the team about Drake before signing last season. One report says it was sealed on a handshake. LaRoche’s teammates believed it was in his contract. And the team seemed on board enough with the kid last year when they gave him a locker inside their clubhouse.

It’s not hard to imagine why Williams wouldn’t want a kid hanging out in the clubhouse everyday. There’s no doubt that other jobs wouldn’t stand for this and other players could feel awkward with a kid constantly lurking around. Except, that doesn’t seem to have been the case. Given the threatened boycott by his teammates and the public statements from White Sox leaders, it’s clear that no one had an issue with Drake (at least, no one willing to speak up).

So why then did Williams lay down the law? Here’s a conspiracy theory for you: Knowing how close LaRoche is to his son, Williams thought singling out the kid would drive the underperforming first baseman to hang up his cleats, saving the team $13 million in the process. So far, it’s worked. The only problem: He seems to have lost the rest of the team too.