Science Explains Why You Hate Nickelback

Not that we needed an explanation in the first place 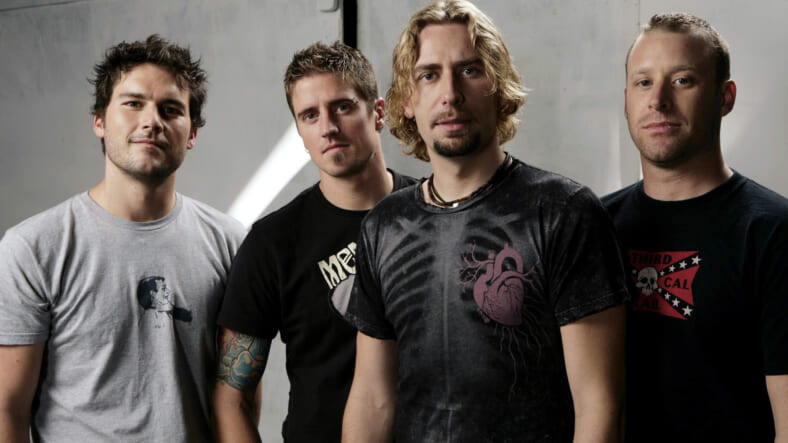 Ah, Nickelback. Despite being universally hated by almost everyone in the rock community, they’ve managed to do extremely well on the pop/rock charts for the last 15 years and have no problem selling out stadium concerts. But ever since they first started getting serious radio air time with singles like “How You Remind Me,” “Too Bad,” and the shittiest song ever written, “Photograph,” they’ve been panned by critics for writing mediocre and unoriginal songs.

And according to “Hypocritical Bullsh*t Performed Through Gritted Teeth: Authenticity Discourses in Nickelback’s Album Reviews in Finnish Media.”,  a study published in Metal Music Studies (yeah, that’s real) by a doctoral student at the University of Finland named Salli Anttonen, there’s a rhyme and reason to critics’ complete disdain for the Canadian rock stars.

Anttonen studied 14 years of Nickelback reviews, and drew some interesting conclusions about exactly when and why criticism went from negative to scathing in the Finnish media. While earlier reviews of Nickelback’s was never celebrated, Salli says that because rock critics think of themselves as “pioneers of originality ” who sniff out bands that sell-out and become malleable public images rather than artists, things really went south in 2008 when their terrible hit-single “Rockstar” was licensed for use in an equally terrible furniture commercial.

Ultimately, its Nickelback’s lack of  originality that makes them the target of such harsh criticism. Anttonen says it best: “They follow genre expectations too well, which is seen as empty imitation, but also not well enough, which is read as commercial tactics and as a lack of a stable and sincere identity.”

So basically, the study comprehensively explains what any rock fan already knew: Nickelback sucks and their music lacks any artistic value. It’s not a groundbreaking piece of research, but at least there’s scholarly evidence as to why everyone hates them.