“Get off the g*ddamn shed!” 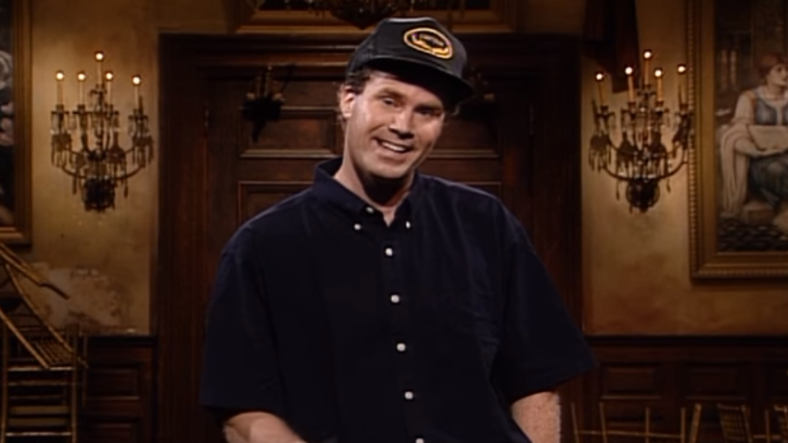 It was 1995. Saturday Night Live was in one of its more blah stages, putting up a rote performances in each new episode. The heyday of great 70s cast members like Chevy Chase was long gone, as was the topsy-turvy 1980s.

So here comes a young Will Ferrell to give the 8-minute audition in the video above, embodying every element of what makes him a comedy star today.

First we see Ferrell’s now-classic impression of late Chicago Cubs announcer Harry Caray reading the lead in a serious, Arthur Miller-style play. Ferrell’s version of Caray never changed in his entire 7 years on the show—it didn’t have to; it was perfect.

Next Ferrell is the late Senator Ted Kennedy doing stand-up comedy. He nails the distinctive Kennedy Boston Brahmin accent while telling hacky jokes that also sting a little if you know anything about the Democrat’s controversial career.

Then Ferrell does his “Get off the Shed” golf dad at a barbecue. It’s hilarious, and gives us everything we like about his brand of comedy—the ability to go from laid-back suburbanite casually chatting at the grill to enraged, almost unhinged father and back again without missing a beat. It’s kind of pure, distilled Will Ferrell.

If nothing else, this audition tape is all the evidence you need to know that you don’t want to miss it.