Will Ferrell To Play Yet Another Republican President

The George Bush impersonator will play Ronald Reagan in an upcoming comedy feature. 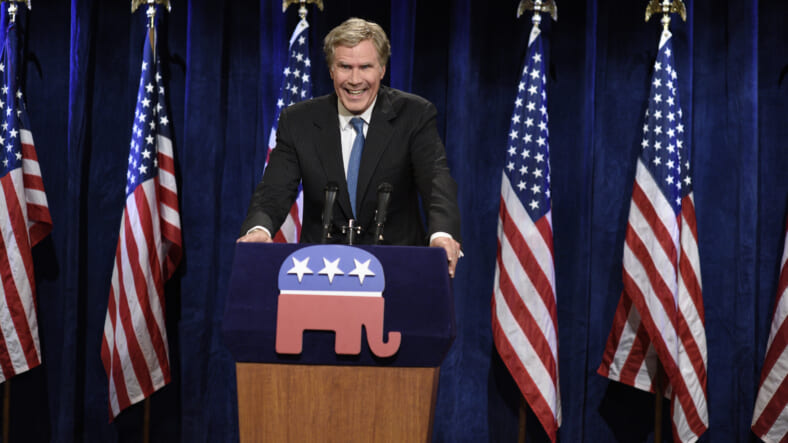 No one did a more memorable impression of former U.S. President George W. Bush than former Saturday Night Live star Will Ferrell, and apparently Hollywood is so impressed with his political impersonation skills that he’s been cast to play yet another former GOP commander-in-chief.

Variety is reporting that Ferrell has been tapped to play Ronald Reagan in a movie from a sought-after comedy script that first made its appearance on the Black List. Mike Rosolio’s screenplay is set in Reagan’s second term, as he descends into dementia and an intern is tasked with convincing the former actor he’s playing the role of President in a movie — a pretty wickedly ingenious premise. The project is in the early stages of development, currently without a director or studio, but it seems very likely that this story will make it to the big screen, now that it’s got Ferrell’s star power behind it.

In addition to playing George Bush for several years on SNL, Ferrell inhabited the comically dopey character again in the stage production “You’re Welcome America,” which also aired on HBO. His portrayal of Reagan promises to be something we won’t soon forget (sorry).