Will Morgan Wallen’s ‘Dangerous’ Album Hit No. 1 For a 7th Consecutive Week?

Will the controversial country star’s “Dangerous” album hit No. 1 yet again? Vote now via VersusGame on your phone! 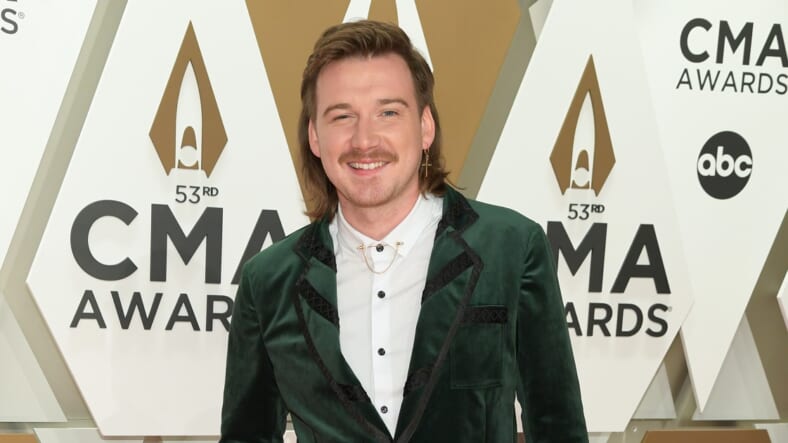 Go to versusgame.com on your phone NOW to vote here on whether Morgan Wallen’s “Dangerous” album will hit number one for a seventh consecutive week.

Morgan Wallen’s Dangerous: The Double Album recently scored a sixth consecutive week at No. 1 on the Billboard 200 chart—the longest run in the top slot since Taylor Swift’s Folklore last summer, and the only country album to spend its first six weeks at No. 1 since Garth Brooks’s The Chase in 1992.

Wallen has been caught up in controversy after he was captured on video following a night out drinking in Nashville casually using a racial slur while addressing a friend. Radio stations and streaming services dropped his songs from playlists, and fellow country artists, record labels, and the CMT network condemned the video after it surfaced. Wallen has since publicly apologized (twice) for his caught-on-camera outburst.

But all that bad publicity hasn’t hurt the chart success of one of country music’s newest stars. In its sixth week out, Dangerous notched the equivalent of 93,000 sales in the U.S., including 112 million streams and 10,000 copies sold as a full album, according to the New York Times.

Even more notably, Dangerous, which has 33 tracks in its “bonus” version, has so far racked up just short of one billion streams in the U.S.

But will Wallen Billboard album chart dominance continue? Go to versusgame.com on your phone NOW to vote here on whether Morgan Wallen’s “Dangerous” album will hit number one for a seventh consecutive week.