The Trailer for the New Will Smith Netflix Film, ‘Bright’, Makes Zero Sense

But it still looks awesome. 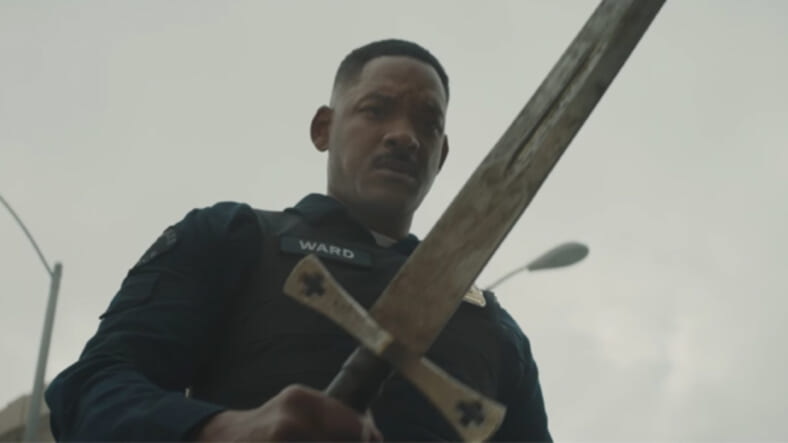 Judging from the trailer for the upcoming Will Smith flick, Bright, they will also be able to defy all plot conventions and advertising strategies.

Namely, the new trailer makes absolutely no goddamn sense. First, it looks like we’re in the midst of the LA riots, then things veer perilously close to The Purge territory and then there are freaky robot women about to make out…?

No one can figure out what the movie will be about, but it nonetheless looks totally awesome.

And there is one certainty: Will Smith will be at peak Will Smith, cracking wise in the middle of the apocalypse.