It’s like the Fresh Prince of Narnia in LA but with a badge and a gun. 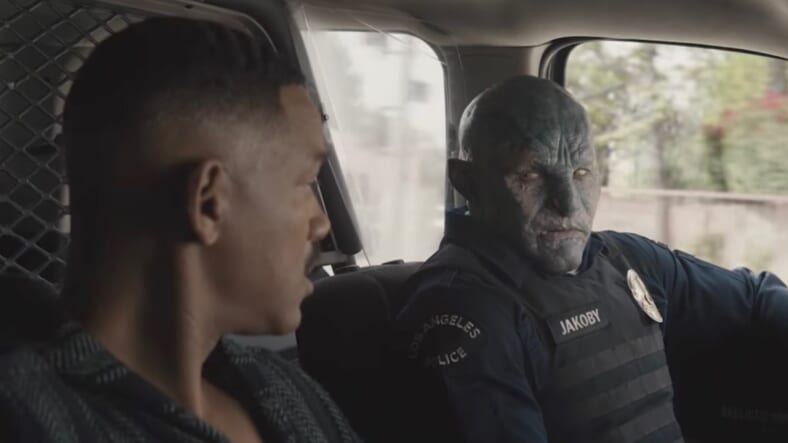 Suicide Squad was a critical flop, but Netflix has given director David Ayer a solid chance to redeem himself.

His new film Bright just debuted an official trailer, and its premise is as ambitious as it is puzzling.

Will Smith plays an LAPD officer of an alternate reality Los Angeles, where elves, fairies and orcs run wild alongside the gangs and mobs of a blighted inner city. Joel Edgerton plays an Orc cop who serves as Smith’s non-human right-hand man.

Together, they must protect a magic wand from both human and mythical crooks. Edgerton’s character describes it as “a nuclear weapon that grants wishes.”

Netflix pumped over $90 million into the film, making it the platform’s most expensive film to date. The powers that be clearly have faith Ayer can meld the disparate genres and tones in the film, as South Korean director Bong Joon-ho did in his well-received Netflix film Okja.