This is not a fate worthy of Capt. Steve Hiller. 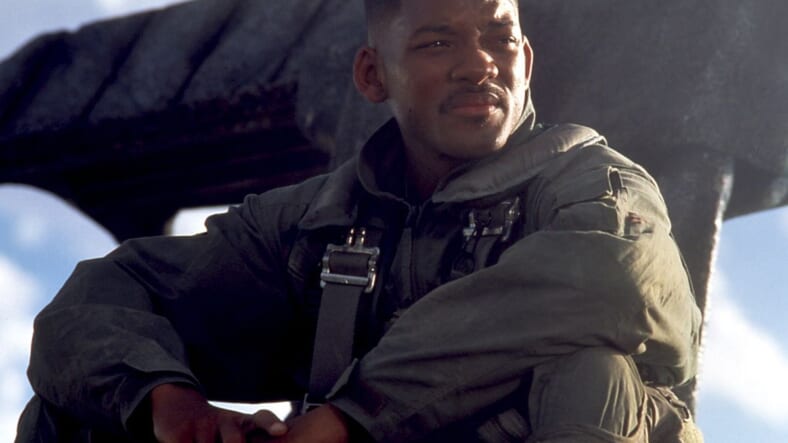 We were totally thrilled when the first trailer for Independence Day: Resurgence, the sequel to the 1996 alien invasion blockbuster, dropped by surprise on Sunday. Set 20 years after the events of the first film, Resurgence reunites Jeff Goldblum and Bill Pullman (and director Roland Emmerich) with a bunch of fancy new toys when those pesky aliens return to Earth for another round of interstellar extermination.
There’s just one problem: Where the hell is Will Smith?

The film will certainly suffer without the charismatic Capt. Steve Hiller, played by Smith at his action-comedic peak when outrunning alien fighters in the Grand Canyon. Despite their grim, intense performances in the Resurgence trailer, Goldblum and Pullman don’t seem like enough to carry the film without Smith’s sharp wit as a foil for their gritty self-seriousness.

So how does the film explain away his absence? It’s a “training exercise,” of all things, that takes out now-Col. Hiller, according to 20th Century Fox’s War of 1996 viral marketing “memorial” site for the first alien invasion:

Killed in an alien tech malfunction? In 2007? That doesn’t seem like a fate worthy of expert pilot Hiller. Then again, it may be a subtle slight at Smith for opting out of Resurgence in the first place. After all, we already knew that Smith wouldn’t return for Resurgence: Emmerich told Collider in an interview back in June that Smith was “just was tired of sequels” and uninterested in doing another science-fiction flick after 2013’s After Earth with his son Jaden.

We’re sad you won’t be flashing that mug of yours in Resurgence, Will. The Fat Lady sang too soon for you.