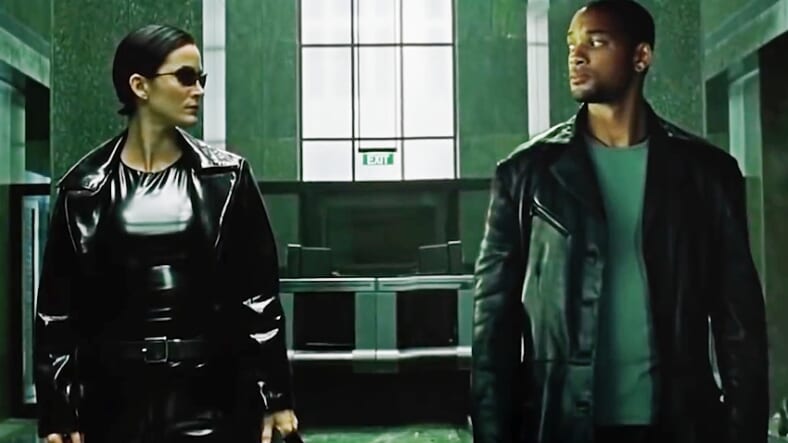 It’s old news at this point that Will Smith was once offered the role of Neo in The Matrix. It’s one of those “what could have been” games people play in their imaginations—wondering how that might have worked out.

As is evident in his video above, Smith knows many think he was foolish for turning down the role—and he may feel a little dumb, too—and he also ultimately believes the movie turned out exactly as it was meant to.

As Smith tells the story, the problem with deciding whether to work with Lana and Lilly Wachowski had something to do with how well the sisters—still brothers Larry and Andy at the time—pitched the movie.

Turns out, not well:

After we made Men in Black, the Wachowskis, they came in, and they had only done one movie, I think it was called Bound, and they made a pitch for The Matrix.

As it turns out, they’re geniuses, but there’s a fine line in a pitch meeting between a genius and what I experienced in the meeting. This is the actual pitch that they made for The Matrix. ‘Dude, we’re thinking like, imagine you’re in a fight, then you jump, imagine if you could stop jumping in the middle of the jump.’

The filmmakers were describing “bullet time” photography, the effect created by sequenced cameras photographing a scene to make it appear suspended in time. That technique is synonymous with the movie today, but prior to 1999 was only known to filmmakers.

Smith is funny and sheepish in telling the story, clearly understanding that his choice to make a very different and far less memorable movie instead was, in hindsight, not the greatest decision of his career. “So I made Wild, Wild West.” He pauses. “I’m not proud of it.”

He knows everything turned out okay:

Keanu was perfect. Laurence Fishburne was perfect. f I had done it, because I’m black, then Morpheus wouldn’t have been black. They were looking at Val Kilmer. I was gonna be Neo and Val Kilmer was gonna be Morpheus, so I probably would have messed The Matrix up. I would have ruined it. So I did y’all a favor.

Yes, if you haven’t watched the video yet, it’s true: Val Kilmer could’ve been Morpheus.

In the end, Will Smith is right, The Matrix was just as it should have been. And it’s not like he ended up hurting for work, anyway.