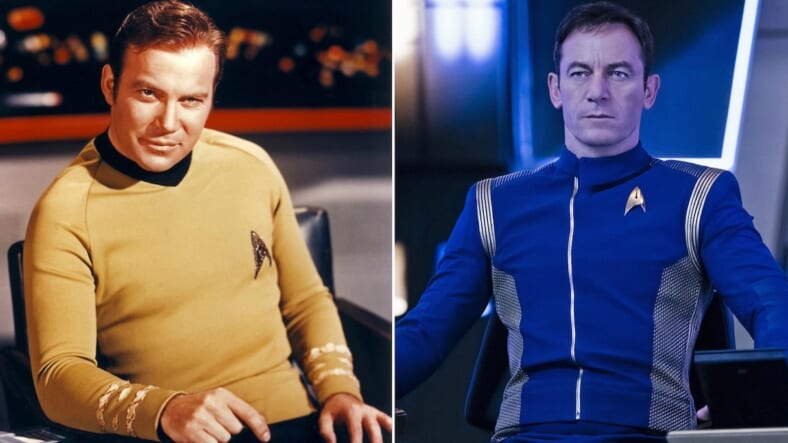 There’s a some cross-generation beef going down between William Shatner of the original Star Trek and Jason Isaacs of the new Star Trek: Discovery on CBS.

It all began when Jason Isaacs (Captain Lorca) gave a candid interview with Metro, where he said he doesn’t want anyone from the original series to make a stunt cameo on Discovery.

“Kirk doesn’t come along for 10 years and when we meet him, he’s 26, so it would be a weird timeline if [Isaacs’ character met Kirk]. Someone asked which cast members from the existing series would you like to guest star. I think people watch good drama shows and they completely suspend their disbelief, they feel like they’re looking through the keyhole at another world, if you do it well enough.

“If you have stunt celebrity cameo casting, it completely pulls them out of it. They feel like they’re watching a Saturday Night Live sketch. So I just hope people believe our stories, are engaged with them, and I’m happy to meet Will Shatner in real life in a restaurant.”

Word (however misrepresented) travels fast, it seems. The 86-year-old Shatner, who played the original Captain Kirk, inexplicably blocked Isaacs on Twitter, which Isaacs—rather than letting things simmer down—kicked things up a notch on his account.

I've been blocked by @WilliamShatner. The unkindest cut of all. In what way have I broken the prime directive Captain? Was it the end of sentence minor-key uptick? The quizzical eyebrow (and blue eyeliner)? The just too-tight uniform? Forgive me my sins – it's an homage, I swear.