‘Wolf of Wall Street’ Screenwriter To Take on New ‘Scarface’ 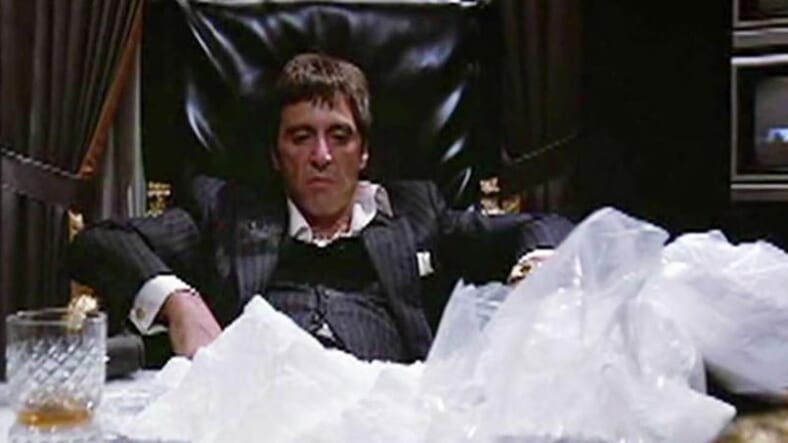 Fans of the 1983 remake of Scarface might be a little wary of the upcoming Antoine Fuqua-directed remake. While Fuqua knows his way around an action film—as evidenced by the fantastic Training Day—Scarface is one of those films that no one is neutral about.

That’s why it’s great to learn via Variety that Fuqua is bringing in Terence Winter to work on the screenplay. Winter has a ton of mob movie credibility, having not only been the screenwriter for Wolf of Wall Street but also for great mob-themed cable dramas like The Sopranos and Boardwalk Empire.

Winter’s credibility is about more than just his resume:

Sources tell Variety, Winter has signed on to do a polish of Jonathan Herman’s latest draft of Universal’s new retelling of the “Scarface” story. Given Winter’s expertise creating such characters, and the fact that Winter has real-life relationships with former crime figures, the studio was quick to turn to the writer for “Scarface,” sources said.

This news modifies our skepticism about rebooting the cocaine-smothered 80s classic at least a little—it sounds like Winter can simply ask some formerly mobbed-up buddies for input as he brings the screenplay home.

Antoine Fuqua’s Scarface is still in development, with no set premiere. We’ll keep tabs on it; we’re ready to hang out with Tony again.