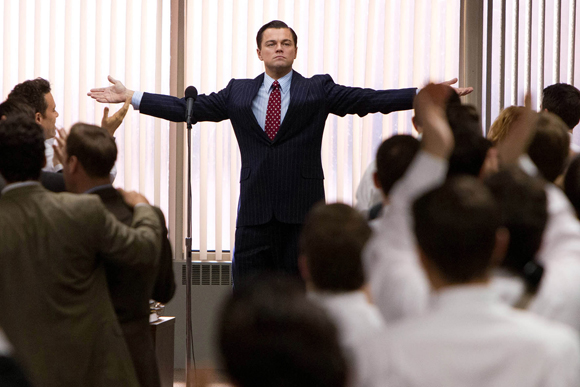 The insane gift that is Jordan Belfort’s time as a fraudulent stockbroker keeps on giving. In a super meta twist on the true story, it looks like the financing for the Belfort biopic The Wolf of Wall Street may have been unlawfully diverted from a Malaysian state fund meant for local economic development, not a Martin Scorsese-directed feature film celebrating Wall Street greed and unbridled hedonism.

Naturally, someone wants to make a documentary about this, which so far sounds a bit more interesting than The Wolf of Wall Street. Respected British producer Mike Lerner (Pussy Riot: A Punk Prayer) is reportedly set on producing a film, The Master and His Wolf, that will explore the strange and slippery (alleged) relationship between Wolf financier Red Granite Pictures and the Malaysian fund 1MDB.

“In The Master and His Wolf we have a gripping story with a cast of fantastical characters, movie stars, prime ministers and a system of money laundering, with direct links between Malaysia via Saudi and Abu Dhabi companies which goes right to the heart of Hollywood’s elite,” Lerner told The Hollywood Reporter.

As a recent Wall Street Journal feature pointed out, Red Granite was a relatively unknown production company before taking on The Wolf of Wall Street. Presumably the documentary will explore why more people involved in the production didn’t question where the money to pay for things like Leonardo DiCaprio’s reported $25 million dollar salary came from.