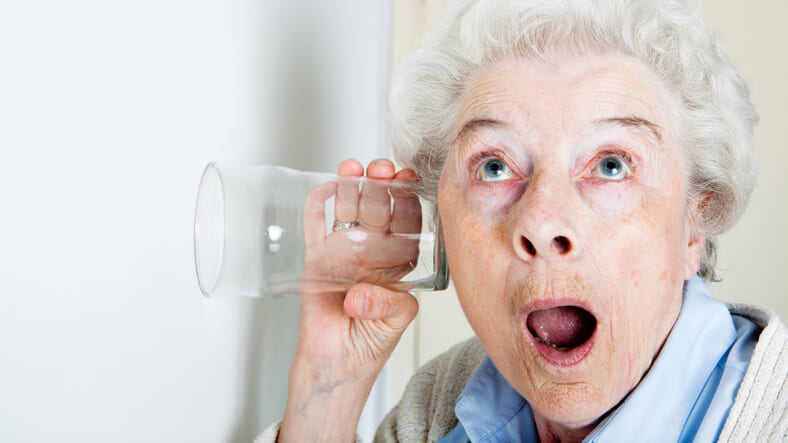 Dirty talk varies from person to person. I tend to stick with the classics — “oh yeah” or “don’t stop” or “harder” or “something extremely filthy that will remain redacted because my mom reads all my articles” — but I’m not here to judge what you’re shouting in the throes of passion.

An 82-year-old woman in Wisconsin, however, was alarmed when she allegedly heard one of her neighbors chanting “ISIS is good, ISIS is great” during sex. According to CBS 58, she called the Brown Deer Police to report it (because we live in an era of extreme paranoia that’s being encouraged by certain presidential frontrunners, haha who said that?). Brown Deer Police Chief Kass responded in a tweet, below.

@Eric_Steckling @BrownDeerWIPD @CBS58 maybe taking see something say something a little to far?

I’m almost certain that nobody was really chanting “ISIS is good, ISIS is great” while getting dicked down — which leads me to question what the elderly neighbor might have actually heard. My theories:

Regardless, if you’re incorporating the names of major terrorist organizations into your bedroom routine, it may be time to rethink that.