My, how they’ve grown. 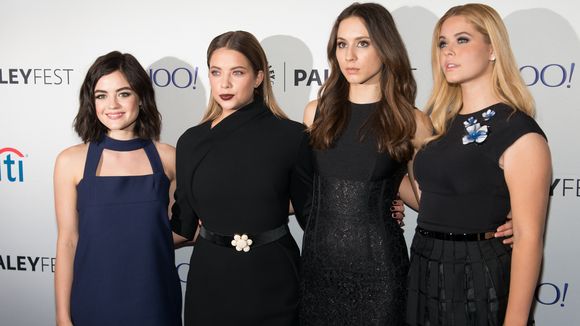 After seven long, sometimes confusing seasons, hit series Pretty Little Liars is finally coming to a close. While the elusive A’s wild game of cat-and-mouse has been fun to watch, the gorgeous group of girls who populated Rosewood are ready to move on to something bigger and better, once and for all.

The day has come to say goodbye to my second home, a character that helped shaped me and so many people who mean the world to me. Bittersweet feelings today, but so proud of what we've done. ❤️

Wednesday, the cast took to social media to express their gratitude to the show and sadness that it’s ending. They also honored the show’s wrap with one more look back. While the series’ ten final episodes have yet to hit airwaves, the show’s cult following has already begun to shed tears for their beloved Liars: Emily, Hanna, Spencer, Aria, and Ali.

Today we let Aria, Alison, Hanna, Emily, and Spencer go while the rest of us tried to cope by eating cake. Thank you everyone for this incredible ride. I'm trying to breathe and soak it all in and I'm just so full of gratitude that this was my life for so long. Rosewood Forever, xoxo Em. I mean Shay 💋. #PLLForever

In honor of the impending end, we’ve rounded up some shots of the PLL women who have come and gone from the I. Marlene King-inspired fictional town. It’s going to be hard to say goodbye to these girls.