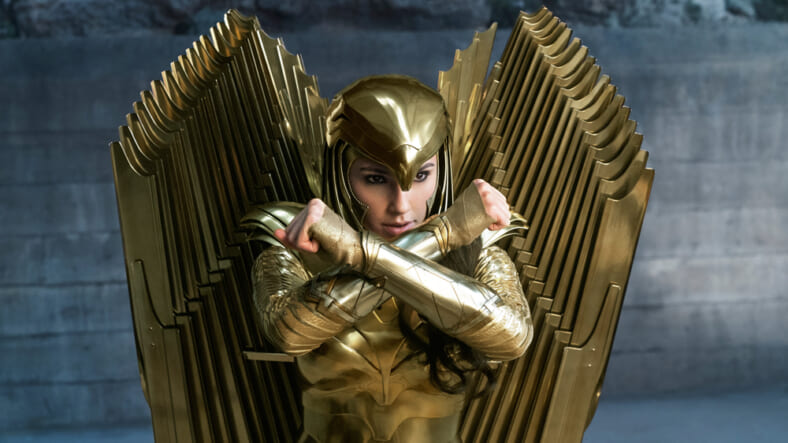 Warner Bros. has apparently realized they may not get the blockbuster box office they would normally expect out of a big franchise movie like Wonder Woman 1984. So in addition to a December theatrical release, the next installment in the story of Diana Prince (Gal Gadot) will also be available on HBO Max.

As [AMC theaters CEO and President Adam] Aron explains below, AMC “has been in active and deep dialogue with Warner Bros” and “atypical circumstances call for atypical economic relationships between studios and theatres.” I hear Warners will provide comfortable terms with those theaters who are able to stay up and running during the pandemic (because under 3K locations are only open this weekend coast to coast), taking 40% to 45% of WW1984‘s domestic box office as opposed to 60% on the first title. With AMC fully onboard, Warners can expect appropriate marketing not only for the DC sequel, but the HBO Max service.

The sequel, which had a budget north of $200 million, will play at nearly 1,000 AMC movie houses around the world.

It looks like a sweet deal for HBO Max, which is still building a subscriber base. Even though, as Deadline notes, series are streaming services’ bread and butter, tentpole movies like Wonder Woman 1984 (which Warner believes could earn up to a billion dollars worldwide in box office receipts) certainly won’t hurt their bottom line.

Wonder Woman 1984, in which Wonder Woman squares off against Maxwell Lord (Pedro Pascal of The Mandalorian) and the Cheetah (Kristen Wiig), who may match her in superhuman strength and agility, will launch in theaters and on HBO Max on Christmas Day, 2020.