“3 Days of Peace, Love & Music” will also feature performances by artists who played the original festival. 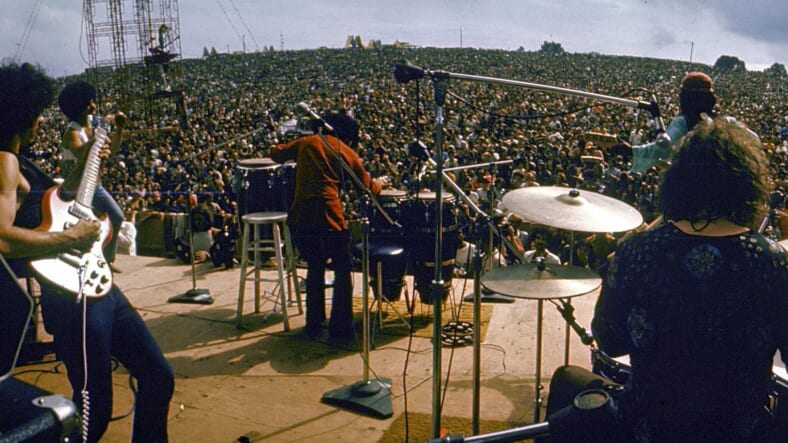 There have been rumors and leaks but it’s finally official: We know who is playing Woodstock 50, the half-century anniversary celebration of the iconic 1969 music festival that spawned a ton of hippie babies named Sunflower or Star and even more acid flashbacks.

The festival poster was published Tuesday night on Woodstock.com.

If the white ink on red background is a little blurry, here are the lineups in slightly more readable form:

“We’ve lined up artists who won’t just entertain,” Lang said, “But will remind the world that music has the power to bring people together, to heal, to move us to action and to tell the stories of a generation.”

He went on to say that their “hope is that today, just as in 1969, music will be the constant that can inspire positive change.”

The 1994 anniversary Woodstock Festival was well-attended and reflected the trippy, peaceful spirit of the original. The 1999 Woodstock was a disaster—it won’t be hard to improve on that.

Woodstock 50 will be held in Watkins Glen, New York. Most important of all, tickets will go on sale April 22. Fire up a Volkswagen van and get ready to go.