The Woodstock 50th Anniversary Festival Is Happening This Summer, According to Original Organizer

“It’ll be hip-hop and rock and some pop and some of the legacy bands from the original festival.” 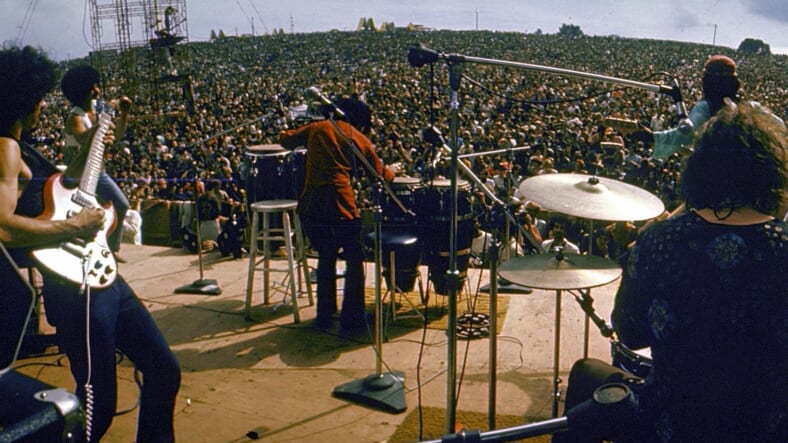 The Woodstock 50th anniversary festival is officially on and will take place this summer.

Woodstock co-creator Michael Lang confirmed to Rolling Stone that over 40 acts have been booked to play a three-day event from August 16 through August 18 in Watkins Glen, New York.

Specific talent won’t be announced until tickets go on sale in February, but a Twitter account devoted to music festivals previously predicted that Pearl Jam, Foo Fighters and Eminem would be on the bill.

“It’ll be hip-hop and rock and some pop and some of the legacy bands from the original festival,” Lang said.

“Having contemporary artists interpret that music would be a really interesting and exciting idea,” Lang said. “We’re also looking for unique collaborations, maybe some reunions and a lot of new and up-and-coming talent.”

“I want it to be multi-generational,” he added. “Woodstock ’94 was a nice mix of young and old and that’s kind of what we’re going for here.”

Lang also dismissed Woodstock ’99 as an “MTV event” with “no social significance.”

“With this one, we’re going back to our roots and our original intent” he said. “And this time around, we’ll have control of everything.”

In his eyes, the “original intent” behind the fabled 1969 festival transcended music.

“Woodstock, in its original incarnation, was really about social change and activism,” Lang said. “And that’s a model that we’re bringing back to this festival.”

“It’s a gathering for fun and for excitement and for experiences and to create community, but it’s also about instilling kind of an energy back into young people to make their voices heard, make their votes heard.”