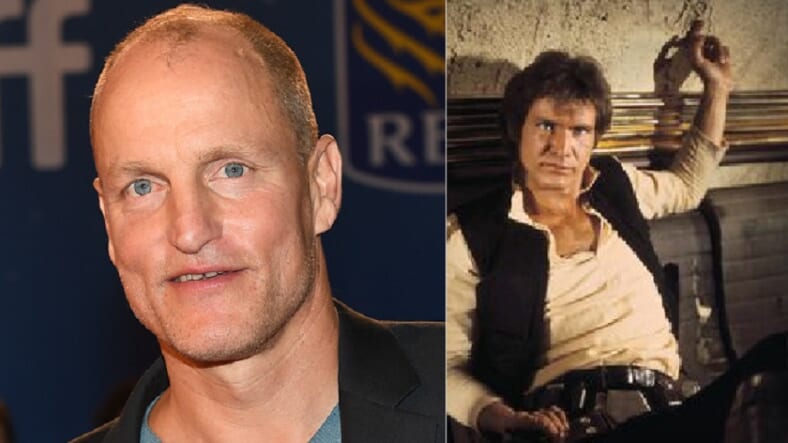 Somehow this just feels right. Variety reports that Woody Harrelson is in the running to play a mentor-like role to Alden Ehrenreich‘s rogue in a galaxy far, far away in Young Han Solo.

If Harrelson snags the role, it would be the second time he took on the “Yoda” role in relation to the lead in a hero’s journey, having played a similar character relative to Jennifer Lawrence‘s Katniss Everdeen in The Hunger Games.

Woody would join a cast that already includes Donald Glover, perfectly cast as the youthful Lando Calrissian, and Game of Thrones star Emilia Clarke in a still-unnamed role.

The tale of Han Solo’s younger years will premiere in theaters on May 25, 2018.