The ‘Workaholics’ Team Wants To Retire These Lame Jokes, And So Should You

How many of these “zingers” have you used? 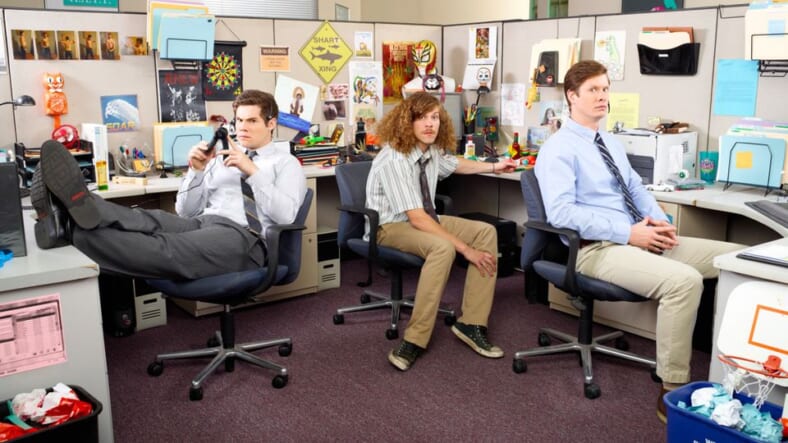 It’s become common knowledge that the not-so-hard-working office bros from Workaholics are calling it quits after Season 7 wraps in 2017.

Workaholics executive producer John Quaintance tweeted a photo of two white boards brimming with a long list of the shopworn phrases and wilted one-liners he says need to be forever banished to the dustbin of unfunny history.

“Other Twitter users, including many comedy writers, replied with their own suggestions, such as “boom,” “done and done,” “(sarcastic comment)… oh, wait,” “… is my spirit animal,” and “he’s standing right behind me, isn’t he?” Chris McKenna, who wrote some of the best episodes of American Dad! and Community, added, “Gotta check this tweet’s mouthfeel.” Fun fact: if you throw every word on these whiteboards into a Microsoft Word document and add “bazinga,” congrats, you’ve written an episode of The Big Bang Theory.”

Upon close examination, we doubt anyone will have a problem ditching phrases like “Laughy McLaugherson” and “Douche Nozzle.”

We’ll miss Adam, Blake and Ders, but we’re totally cool with the guys taking these zingers with them when they leave us next year.