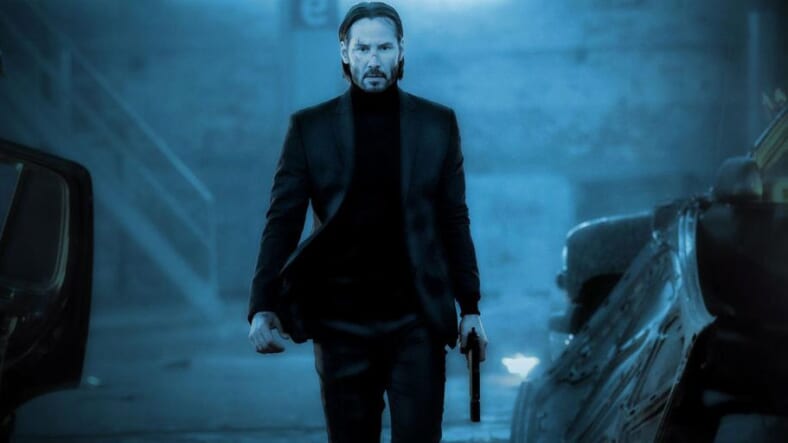 Okay, the jokes inspired by lines from John Wick get old, but seriously, he’s back and already on film.

These first images from the set come from the best possible source: the movie’s cinematographer, Dan Laustsen, who posted them on his Instagram.

While the street image might fire up the imagination, the movie’s working title is a puzzle. It’s probably temporary, but if it isn’t, some fans might raise an eyebrow. As seen on the clapboard, the title is John Wick 3: Parabellum.

It makes sense if you know “parabellum” is an alternate name for a semi-automatic Luger handgun. What’s a Wick movie without guns, references to guns, and guys eating guns?

Brobible posted the Instas and pointed out this week has been like Christmas for people who love Keanu Reeves. Turns out he’ll also be back with Alex Winter for Bill and Ted 3.

Everyone has been making this joke on Twitter, but admit it, the confluence of Reeves doing third installments of those very different movies certainly makes you imagine how cool a crossover might be. Maybe Ted “Theodore” Logan went to a very dark place after the second movie, and Bill S. Preston Esq. must help him remember his real name and how excellent life can be. Kind of a Jason Bourne but with lots of air guitar.