Inside the World’s First Cryptocurrency Nightclub

“If you own crypto, it’s the only place in the world you can spend it for something that you actually want.” 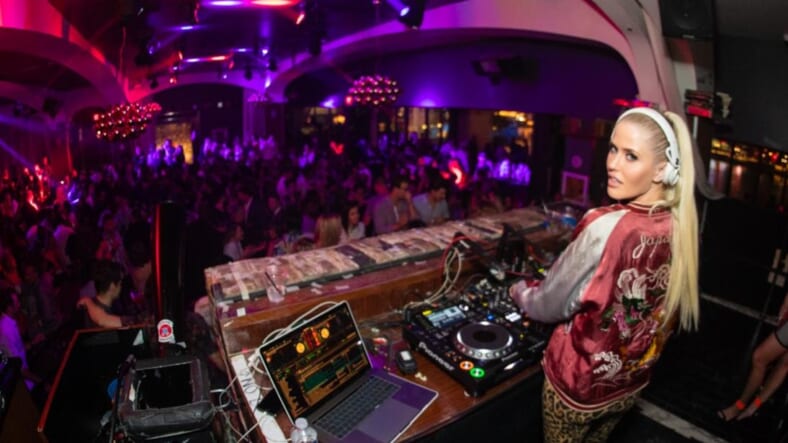 Stories about massive returns on cryptocurrency investments—like the headline-grabbing saga of that bro who picked up a $200,000 Lambo with $115 in Bitcoin—are pretty fun to think about. But holders who didn’t get in on the ground floor may be wondering what they can actually buy with their blockchain-based digital cash.

Entrepreneur Peter Klamka clearly had this in mind when he founded MORE Las Vegas, the world’s first and only cryptocurrency nightclub.

“If you own crypto, it’s the only place in the world you can spend it for something that you actually want,” Klamka tells Maxim.

Holders of MORE coin are considered “members,” granting them access, VIP service and private seating at the MORE club in the Bellagio Hotel and Casino’s Hyde room.

Entry requires 5000 MORE coins, which can be acquired by trading Bitcoin, Ethereum, or other cryptocurrencies on Bittrex.

But what makes MORE coin a true game changer is that it can also be used to make tangible purchases—like hotel rooms, tickets, and dinners—inside or outside of the club. It can even be exchanged to rent or buy a supercar from an exotic fleet that includes Lamborghinis, Ferraris, Bentleys, and Aston Martins.

“It’s the first new concept in nightlife in Las Vegas in recent memory,” says Klamka. “It’s less an impersonal dance hall that defines Vegas now and more like a place you want to stay until closing.”

Don’t take his word for it. Notable regulars include UFC babes Arianny Celeste and Brittany Palmer as well as 21 Savage, Shark Tank star Daymond John, Rich the Kid, Saweetie among many other professional athletes, models, and crypto-billionaires.

It’s not the first time Klamka has successfully incorporated crytpocurrency into Vegas nightlife.

Klamka says that other MORE locations in Miami and LA are also set to open in the next few months.

Who knows, these crypto-friendly nightclubs might just be the future of partying.