The Stinger is hanging up his singlet. 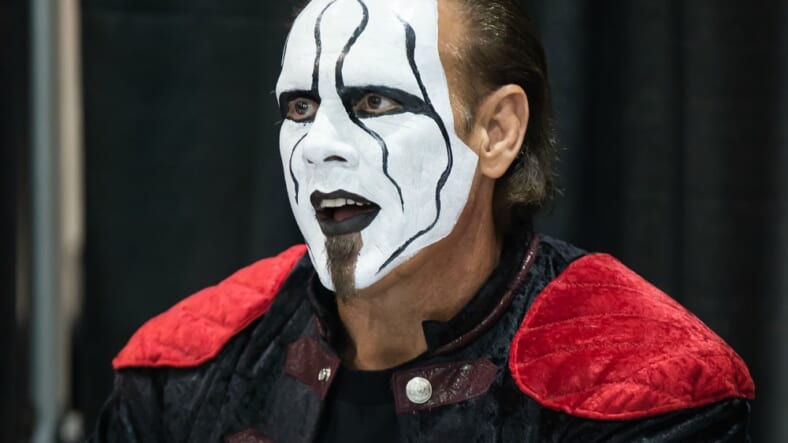 After a pro wrestling career that spanned four decades and earned him induction into the WWE Hall of Fame class of 2016, Sting will soon end his career in the ring. A neck injury suffered in last year’s match with Seth Rollins has proven too severe, according to TMZ. Doctors have reportedly told Sting that his diagnosis of “cercival spinal stenosis” makes a return to wrestling too much of a risk.

At 56 years old, Sting’s retirement was bound to happen soon. But it still stings. At the height of his career, Sting was the face of World Championship Wrestling, the WWE competitor that briefly overtook Vince McMahon’s promotion before falling apart in 2001.He remained a WWE outsider, taking his talent to Total Nonstop Action Wrestling in 2003 and becoming the first ever inductee into TNA’s Hall of Fame.

Sting’s avoidance of the WWE finally ended in 2014, when he ended his long held status as the greatest wrestler to never work for McMahon. With his retirement announcement reportedly coming upon his induction into the WWE Hall of Fame next month, let’s look back at some of the most iconic moments in the career of The Stinger.

Sting vs. Ric Flair at the Great American Bash (1990)—This is the match that started Sting on the path to superstardom. Over the course of their time together in the WCW, Sting and Flair would butt heads often in what was one of the greatest wrestling rivalries of all time.

The debut of The Crow (1996)—Before he emerged from the darkness in black clothes and white face paint, Sting was a bottle blond with a colorful face. The new gimmick, inspired by the 1994 Brandon Lee movie The Crow, marked a new era for Sting, whose rivalry with the nWo would help lead WCW to the top of the Monday night wars.

Sting takes on Hollywood Hogan (1997)—At the height of its popularity, the WCW threw its two biggest names into the ring for one of the most anticipated matches in wrestling history. The controversial match has been pointed to as the beginning of the end for the WCW.

Sting makes Jeff Jarrett submit (2006)—Sting’s rivalry with Jeff Jarrett was a big part of his early TNA years and that rivalry’s best moment came when Sting agreed to give up wrestling forever if he lost this match. He did not.

Sting joins the WWE, finally (2014)—A partnership more than a decade in the making finally materialized at Survivor Series in 2014. It was brief but it was still huge because of all that it represented.