The ‘Xena: Warrior Princess’ Reboot Will Be Different From the Original in One Big Way

Hint: things that used to be small won’t be so small anymore. 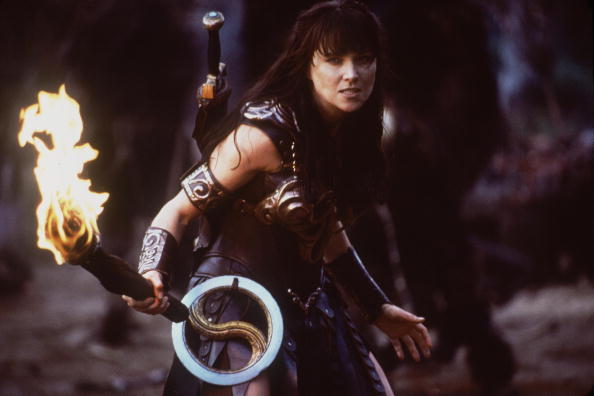 When two decades have passed between a reboot and an original, it’s a good idea to make some substantive changes to the show so people don’t ask themselves why they shouldn’t just watch reruns of the first one (See: X-Files.)

The showrunner of the upcoming Xena: Warrior Princess reboot has figured this out, and is thinking of making a big change to one of the signature elements on the nineties fantasy series: The skimpy, painfully impractical costumes the warriors wear while warrioring.

In an interview for iO9 with Genevieve Valentine, who is writing the new Xena comic series, showrunner Javier Grillo-Marxuach explained that Xena, Gabrielle, and the other female characters probably won’t be wearing the same skimpy outfits we saw in the original, saying:

… it’s hard for me in the post-Brienne of Tarth era to reconcile with the idea that Xena and her friends can meet every challenge in such skimpy outfits. I think we are going to have some very lengthy discussions about how to bring those elements into the present day without missing the boat on what makes Xena exactly what she is; and how to have our cake and eat it too.

But Grillo-Marxuach is intent on preserving some key elements of the original. “There are a few things that are sacrosanct: the Chakram and the quarterstaff, of course, Gabrielle’s ambition to become a bard, and—most importantly—that Xena and Gabrielle be soul mates. Like I said, I’m not monster,” he said.

Indeed, he is not. The Xena: Warrior Princess reboot does not yet have a premiere date, but we’ll keep you posted.