We’ve run out of sarcastic jokes to make about the reboot craze. 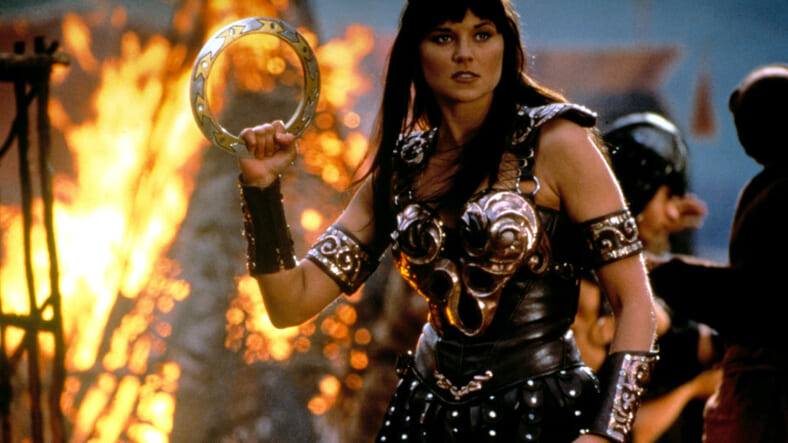 We give up: The latest in a truly, truly endless parade of TV and movie reboots is Xena: Warrior Princess, the 90s cult hit that create Lucy Lawless worshippers out of geeks everywhere.

NBC has confirmed plans for a reboot of Xena, which was originally a spinoff of Hercules: The Legendary Journeys. The network announced this week that Lost‘s Javier Grillo-Marxuach will join the show as a writer-producer, which sounds pretty promising. No word on cast yet, but it would be downright controversial is Lawless didn’t return in some capacity.

A reboot has been rumored for some time now, and Lawless herself shot down those rumors in August with a tweet that said “I’d love it to happen one day but it’s still in the wishful thinking stage.” Watch what you wish for! (J/k, we’re actually pretty ok with this news.)