‘Yakuza 6: The Song of Life’ Is the Japanese GTA We Never Knew We Needed 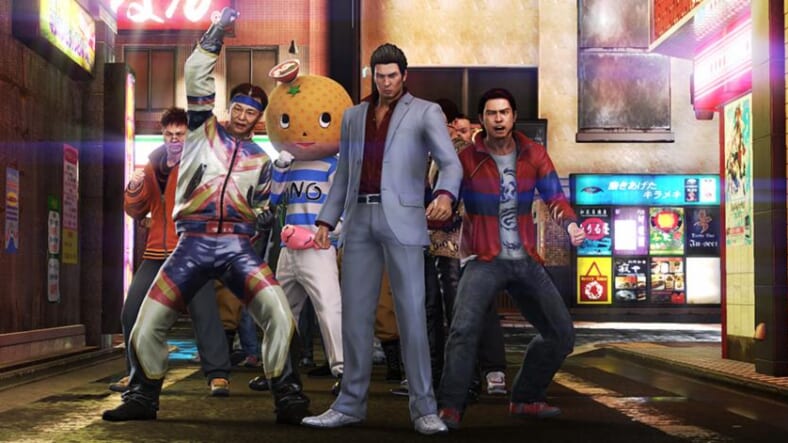 The beloved Yakuza series returns for a closing chapter and the indie-feeling Extinction from the guys behind Killer Instinct are the games you should be playing this week.

Yakuza 6: The Song of Life

The Yakuza series has often felt like a J-Pop version of the Grand Theft Auto series, and there’s nothing wrong with that. Offering up an open world that’s full of the quirks of Japanese culture has led to many, many memorable moments in a franchise that depends more on story, side-missions and mini games than your average GTA game.

While the Yakuza series went balls out bonkers with last year’s Yakuzo 0, the end of the saga that’s packed into this year’s Yakuza 6 often feels more tame when it comes to the hallmark weirdness of the Sega’s franchise… but that’s not necessarily a bad thing. The final chapter of the story of a gangster trying to put his life of crime behind him only to be sucked back in might be familiar, but it works well to set up an enormous variety of encounters and explain some of our hero’s do-gooder actions in both the big city and his small backwoods town.

Fighting systems have been simplified heavily here, making Yakuza 6 an unexpectedly good place for newcomers to join the fray. Veterans of the series, however, will likely be most taken by the dense layering of side quests and mini games that’ll take you to every nook and cranny of the world, whether that be a cat cafe, a ramen shop or a good, old fashioned arcade complete with playable classics. Yakuza 6: The Song of Life will easily draw you in for hours with its story of vengeance, but expect to get a lot more enjoyment from the spontaneous moments when a fight randomly spills into a convenience store. (Buy)

Taking verticality to new heights, Extinction was a darling of E3 2017, and it’s finally arriving on your console. As the final sentinel, tasked with saving humanity from extinction at the hands of all sorts of monstrous baddies, you’ll hack, slash, wall run and double jump around the world while building up your character into a more formidable shield for humankind.

The game’s cutesy graphics don’t do justice to its buttery abilities to traverse huge swaths of levels, to run directly up buildings, or to cut down incoming hordes of monsters. Extinction is a workout for the thumbs since button-mashing often leads to success in a battle, but it’s absolutely enjoyable in terms of gameplay and worth a download if you’re excited to see the guys behind Killer Instinct take on a new genre. (Buy)