Yankees Exec: Rich Fans Shouldn’t Have to Sit Next to Poor Ones

This is just cold. 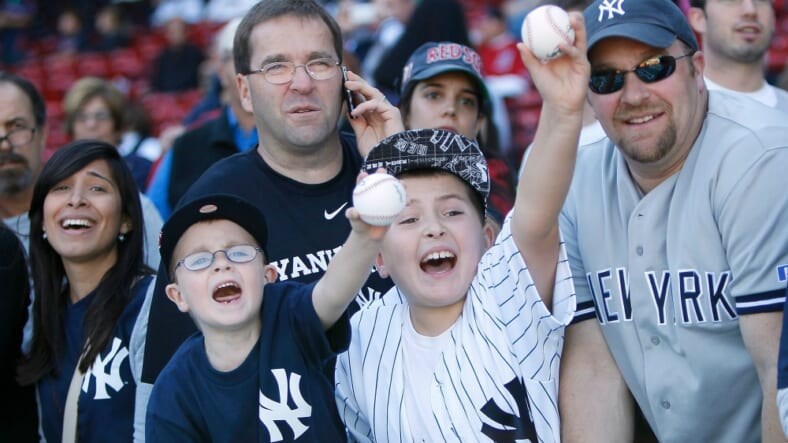 The New York Yankees are a very rich baseball team eager to cater to a very rich clientele. That’s not news. Ever since the team opened its $1.5 billion stadium in 2009, New York City’s monied class has been the team’s top priority, evident by the shoe shines and wine lists they get with their sunflower seeds.

Alongside the team’s preference for the deep pocketed is an implied middle finger extended toward the common man, who’s still allowed to sit in the nosebleeds so long as they spend five times what it cost at the House the Ruth Built. New Yankee Stadium is, after all, the house the Wall Street built.

As noxious as the elitism is in the Bronx, it’s never quite reached the level that it did yesterday, when the Yankee’s COO explicitly stated that which had always been implied: Rich fans don’t want to rub elbows with poor ones.

Executive Lonn Trost was talking about the team’s 2016 ticking policy, which bans tickets printed at home. It’s widely seen as a move to squeeze StubHub out of the secondary market, but Trost suggested it was slightly more sinister than that. While discussing the downside of fans using StubHub to buy premium tickets at a reduced price, he said, “Quite frankly, the fan may be someone who has never sat in a premium location. So that’s a frustration to our existing fan base.”

Translation: The rich fans who buy $1,200 tickets don’t want to watch the game next to people who aren’t used to sitting in $1,200 seats. What if they do something uncouth, like cheer?

What an asinine thing to say, especially since the Yankees have already made their money on any ticket sold on the secondary market. The team reaps no financial reward from keeping the hoi polloi out of the gilded seats. They’re just trying to appease the suits who ride up from Wall Street each night so they can avoid looking their children in the eye before the nanny puts them to sleep.

It’s really no surprise that the Yankees execs think like this—only that one would be boorish enough to say it out loud. Remember, this is a team that built a literal wall around the park’s best seats to keep wandering rubes from soiling the concrete with their work boots.