Riri Williams will take over for Tony Stark in the iconic comic. 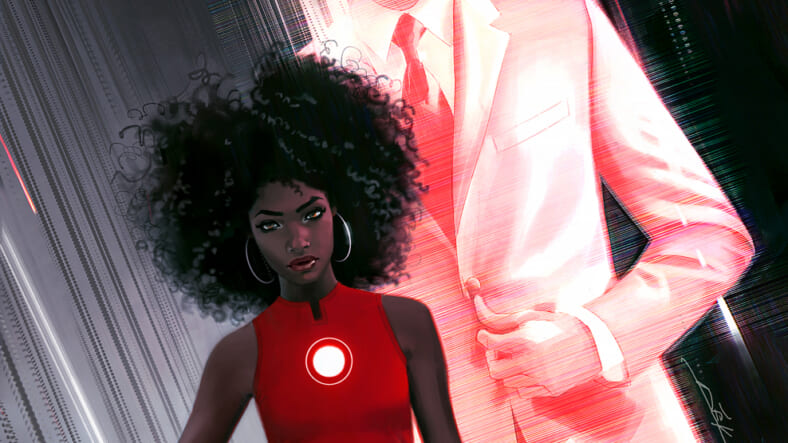 The teenager garnered attention from Stark following the creation of her own prototype suit in her dorm room, prompting him to grant her the responsibility of taking over in the impending storyline of Ultimate Iron Man.

“We’re in the middle of a very big Tony Stark storyline — actually three storylines converging,” writer Brian Michael Bendis told TIME. “His best friend died, his company is collapsing and he’s finding out who his biological parents were all at the same time. That’s stressful for a character who is wired the way Tony is wired and has dependency issues the way Tony does. It creates a path or Riri Williams, who Tony will know and will be interacting with very shortly in the comics.”

Bendis also told the magazine how Riri would incorporate herself into such a major storyline and huge franchise. While he did seem to confirm Iron Man is stepping down, he tossed in some hints as to whether or not the latest girl genius will keep the aforementioned superhero calling card.

Now it’s just a matter of how long before Riri suits up for the big screen next to an all-female Avengers line-up. We imagine memes featuring Barbadian princess Rihanna in gleaming red and gold are being crafted right now.