Zach Hodskins is an American hero. 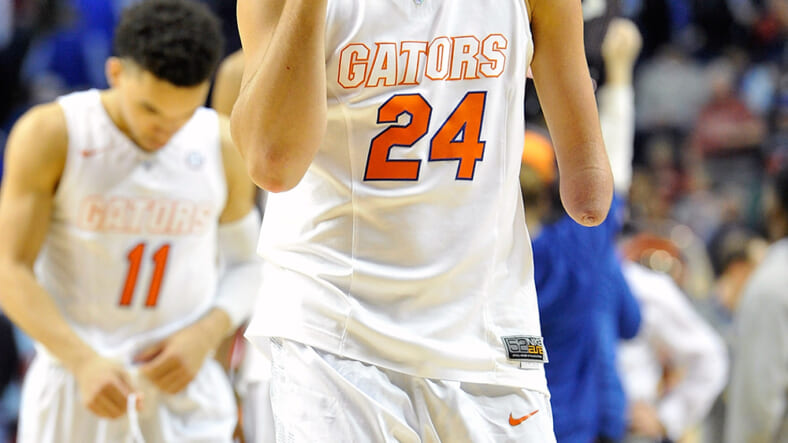 Every shot Zach Hodskins has ever made in his basketball career has been a one-handed shot. That’s because Hodskins was born with only one hand.

That hasn’t stopped him from walking on and seeing time at one of the nation’s biggest basketball programs. The sophomore Florida Gator, like most walk-ons, spends most of his time at the end of the bench. But on Tuesday, with his team up 20 near the end of the game, Hodskins saw the court and made the most of it. Here he is with a drive, spin move, and scoop. He was fouled, too.

Hodskin’s bucket gets the headlines here, as it should, but the reaction from the bench, crowd and his teammates is a joy too. Clearly he’s a good dude, who’s defied the odds and is now living the dream.

Let’s all take a second today and give Zach Hodskins a big hand. He deserves it.