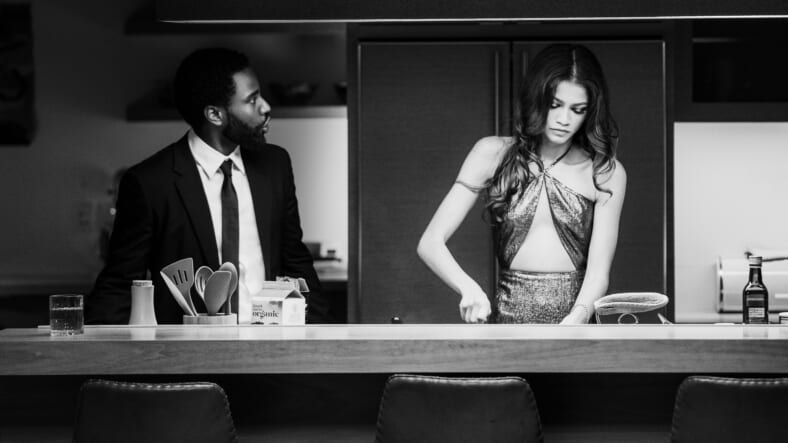 Euphoria creator Sam Levinson directed the arty love story,  filmed in secret this summer under quarantine, with the cast and crew locking down for two weeks and then sequestering themselves in a bubble for filming.

Malcolm & Marie follows a filmmaker (Washington) and his girlfriend (Zendaya) who return home following a celebratory movie premiere as he awaits what seems to be surefire critical and financial success—just as the tensions in their relationship are exposed.

“I feel like once you know someone is there for you and once they love you, you never actually think of them again,” Zendaya tells Washington in the trailer. “It’s not until you’re about to lose someone that you finally pay attention.”