Children of the ’90s, Rejoice: Zima is Officially Coming Back… Again

Get set for a limited release this summer. 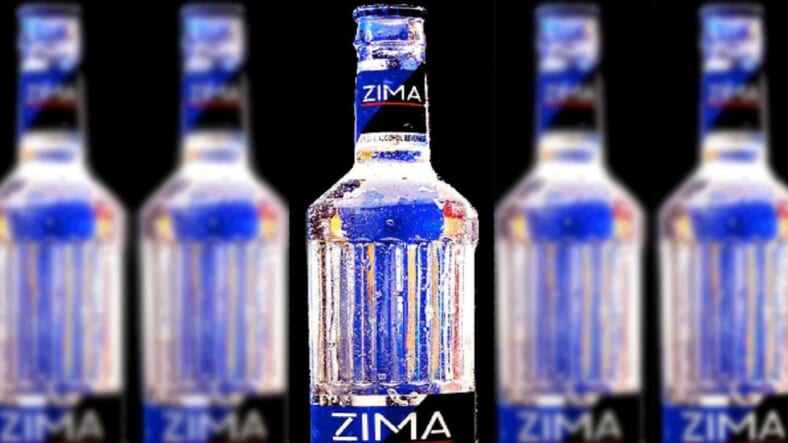 Before there was Smirnoff Ice or Mike’s Hard Lemonade, another oddball refreshment provided the world with a beer alternative: Zima.

In the first iteration of what’s now referred to as a “cooler,” the Coors Brewing Company rolled out Zima Clearmalt in 1993 with an alcohol by volume percentage of up to 5.3.

But just as many fads fade, Zima sales declined steadily until it was discontinued in 2008. However, MillerCoors has confirmed that “zomething different” is coming back for a limited time this summer after a successful relaunch last year.

The company has dubbed the drink’s return “Z2K,” an homage to Y2K, when there was a fleeting overblown worldwide panic that global computer networks would crash when the date changed from 1999 to 2000. In other words, they’re just letting everyone know Zima won’t be around for long this time around, so you should stock up while you can.

Like so many great ’90s products, it was relentlessly peddled with a plethora of ultra-corny commercials throughout its entire existence. Relive some of Zima’s “greatest” hits below:

Despite not being sold in the U.S. for nearly ten years, the internet hasn’t forgotten about Zima. On the contrary, people are really psyched for its return.

Hand up if you ever rented a room at a shady hotel and took down a truckload of zima with 20 friends 👋🏻#waybackwednesday #zima #itsback #beer #glorydays #drinks #alcohol #stupid #kids pic.twitter.com/goNhrAu1oK

Zima is back!!! Only the real ones know about these!#Zima pic.twitter.com/axYsooyn1e

That's a lot of Zima.. pic.twitter.com/iWoaTbrZXt

Who wants to get Zima drunk and make out? I wanna feel like I’m in high school again.

It's good to hear that Zima is making a comeback, if only so the youngsters will understand this joke: pic.twitter.com/dhSxp4rFhm

#FBF early 90's when I was #ZIMA bottle on Halloween, actually did this many times. Read ZIMA is making a comeback: https://t.co/0ErtlKwe4R pic.twitter.com/ciZZkgVPCh