“I’m excited to have him as my partner in crime.” 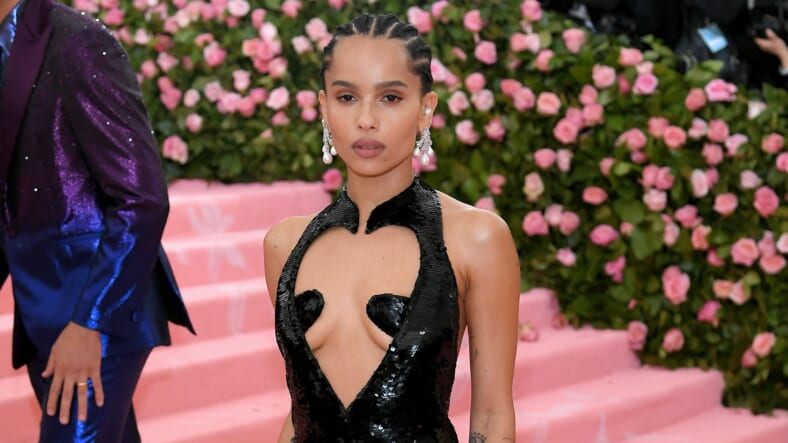 Fans of DC’s caped crusader were recently treated to a striking first look at Robert Pattinson as The Batman via a screen test video posted by director Matt Reeves.

While official footage of co-star Zoe Kravtiz as Catwoman hasn’t been been released, the Maxim Hot 100 stunner, actress and daughter of rocker/slash/photographer Lenny Kravitz revealed that she’s also already screen tested with Pattinson in a new interview with Variety.

“I think he’s perfect for the role and it’s going to be such an adventure. I’m excited to have him as my partner in crime and to be there to support each other, because it’s intense. It’s going to be a long shoot and there’s a lot of pressure, and I know he has my back and I have his.
“

Christian Bale remains widely lauded for his take on Batman in Christopher Nolan’s The Dark Knight trilogy. But his successor, Ben Affleck, received mixed reviews during his five-plus year tenure as the superhero in Batman v. Superman: Dawn of Justice, Suicide Squad, and Justice League.

Halle Berry also gave a widely panned performance as Catwoman in the eponymous 2004 movie, for which she received a Golden Raspberry award for Worst Actress. Kravitz addressed the pressures of stepping into such a storied role.

“All of a sudden, the reality began to sink in about what this means not only to me, but to everybody else culturally — and the fans of this universe are so dedicated and opinionated,” Kravitz said.

“If you start focusing too much on what people are going to think you’re doing yourself a disservice, it’s almost like you’re putting your energy in the wrong place. Of course, I want to honor the fans and hope they like what I do with the role, but in order to do what I think I need to do with Catwoman I have to go internal and forget about the rest of the world.
“