A ‘Zombieland’ Sequel With the Original Cast Is Coming Next Year 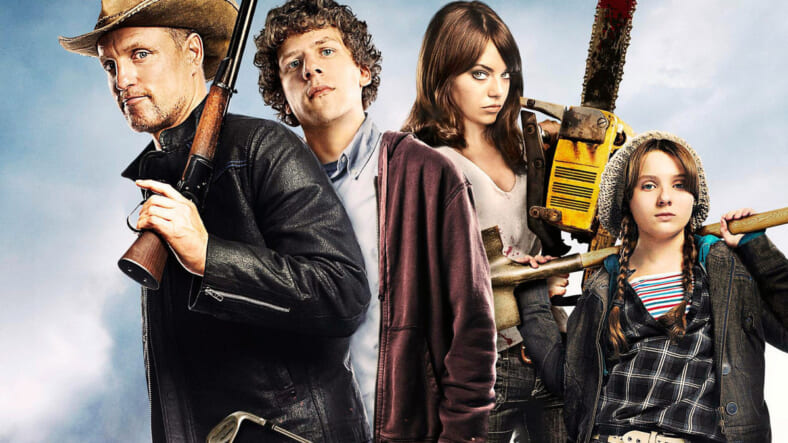 Zombieland, starring Woody Harrelson and Jesse Eisenberg, was a breakout hit when it premiered in 2009. A huge breakout: a movie with a $24 million budget earning $102 million is nothing to sneeze at.

The movie’s reviews and box office put screenwriters Rhett Rees and Paul Wernick on Hollywood’s map, and that’s why they got the nod to write Deadpool and Deadpool 2. The next big sequel on their plate, Vulture reports, is Zombieland 2.

So, the pair has serious sequel-making clout, and Zombieland—like Deadpool—seems ideally suited for a followup.

The original had a little bit of everything: action, comedy, lots of zombie smashing. It didn’t hurt that it also had Emma Stone, who reportedly is returning along with Harrelson and Eisenberg.

Speaking to Vulture, Wernick noted that the movie turns ten in 2019. While he said he didn’t know an appropriate gift for a tenth anniversary, “it may be a Zombieland 2.”

Despite sounding coy, Wernick did say the “hope is that we’re shooting that thing early 2019 for an October of ’19 release,”

Then he added the news about the original cast coming back as if it was an afterthought… although there was no specific mention of Bill Murray, who had a drop-dead hilarious cameo as himself.

The nice thing is killing zombies is an evergreen horror trope. Fans can’t get enough of that, hence the popularity of The Walking Dead.