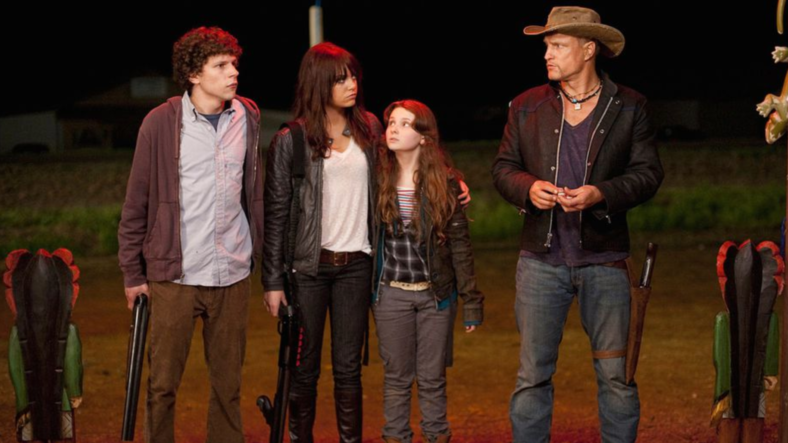 It’s been a decade since we were introduced to the quartet of zombie apocalypse survivors at the center of the iconic horror/comedy Zombieland. In that time they—stars Woody Harrelson, Jesse Eisenberg, Emma Stone, and Abigail Breslin—have apparently continued surviving hellscapes of the undead, so we’re getting a sequel and it has a title: Zombieland Double Tap.

The official Zombieland Twitter account revealed the first poster for the sequel Tuesday, cleverly framing it as the current half of a 10-year-challenge comparison.

The 10-year-challenge was a (ultimately controversial) meme that asked users to do just what you see in the tweet, post side-by-side shots of themselves today and a decade ago.

One takeaway from the 2019 Zombieland Double Tap poster is this: these folks look great for people who have presumably been coping with the end of civilization as we know it.

Here’s what we do—and do not—know about Zombieland Double Tap:

The sequel does have an official release date. Zombieland Double Tap shambles into theaters on October 11, 2019.