Someone Paid $12,000 For This Monster Dorito But You Can Get One For the Price of a Tweet

Fill a barrel with salsa and go. 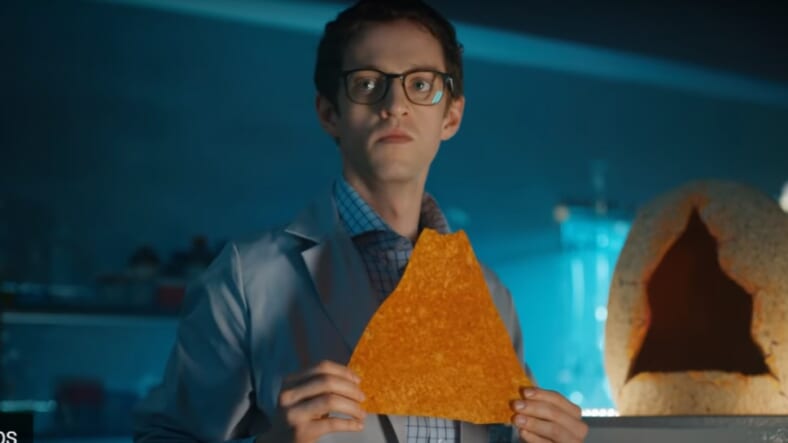 Commercials combining brands and current movies always feel silly; they take you out of the movie’s fictional world.

That said, a Doritos spot set in the lab from Jurassic World: Fallen Kingdom was pretty fun, because anyone who’s ever spent the weekend down a Netflix hole with chips, salsa and soda for their only companions has dreamed of such a thing.

There were only 100 of those amazing chips made to mark the movie’s release, and someone recently purchased one at auction for $12,000.

Esquire reports the auction was for the Red Cross, which makes the dollar amount seem less insane and kind of touching.

While the chances for getting your hands on your own Doritozilla at this point are slim, you can give it a shot by tweeting at Doritos, then crossing your fingers that the chip gods will bless you with storm of orange cheese dust.