America Is Running Out of White Claw Hard Seltzer

Soon it might be hard to break laws while you’re drinkin’ Claws. 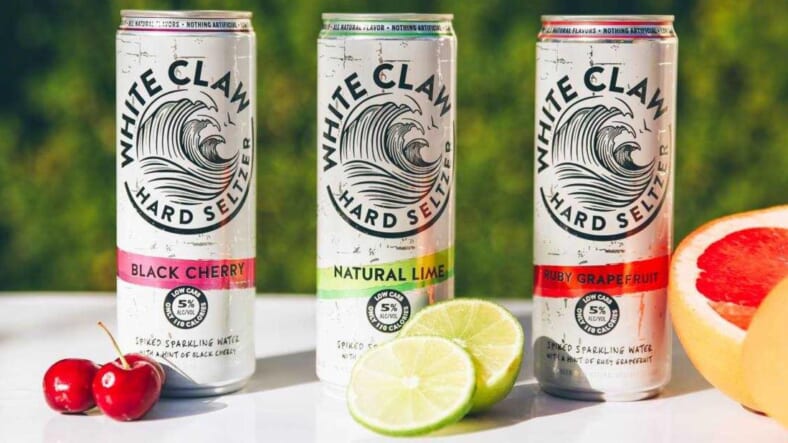 It’s a tough time to get into fads around food and drink. The Popeyes chicken sandwich blew up big time—then apparently all available chickens disappeared or something because it’s no longer available.

And we can’t even console ourselves with a tasty White Claw Hard Seltzer, because we’re running out of that, as well, according to this CNN interview of White Claw’s senior marketing veep, Sanjiv Gajiwala.

White Claw has blown up recently, sparking memes and trend pieces. Sales of the drink grew 283% to $327.7 million in July compared to the same period last year. Its sales also accounted for nearly 55% of all hard seltzer sales for the week of July 4, a 200% increase since 2018’s Fourth of July sales, according to data from Nielsen.The beverage, which is the industry leader, was launched by Mike’s Hard Lemonade maker Mark Anthony Brands in 2016. That same year, Anheuser-Busch (BUD) bought SpikedSeltzer, which led to Bon & Viv. Boston Beer began manufacturing Truly, another popular hard seltzer.

The summery drink is so popular it inspired a song, “Drinkin’ Claws,” and news of a shortage set off a tongue-in-cheek social media panic.

My large beefy sons Bow-Hunter & Ammo asked if we could get chicken sandwiches & white claws & I had to break the news of the shortage. Now they’re crying & smacking their gf’s around thanks a lot America.

“There’s a national shortage of white claws”
Me: pic.twitter.com/YxTS9TOQhr

Saw on the news there’s a nationwide shortage of whiteclaws. Hannaford is sold out and this girl is legit standing in front of the empty section POUTING.

So yall ate up all the Popeye’s sandwiches AND drank up all the White Claw. 😫😫

Everyone stop what they’re doing right now this is an EMERGENCY 🚨 https://t.co/2B2T1mGonL

The @WhiteClaw "shortage" is the top growth hacking stunt of the modern era; it should win a @Cannes_Lions award.

How does a non-perishable item, become scarce for a coveted demo (college kids), right when college football season starts and it receives national press coverage?

The thing is, it’s not like there’s a shortage of hard seltzer in general—Anheuser-Busch has one, as CNN notes, and diverse distributors like Smirnoff and Natural Light have their own as well.

That’s not to mention cannabis-spiked seltzer is available in many states where weed is legal for adult recreational use.

So maybe people need to calm down. White Claw may be in short supply, but if you are still hanging onto a summertime thirst for boozy seltzer, someone will always have you covered.