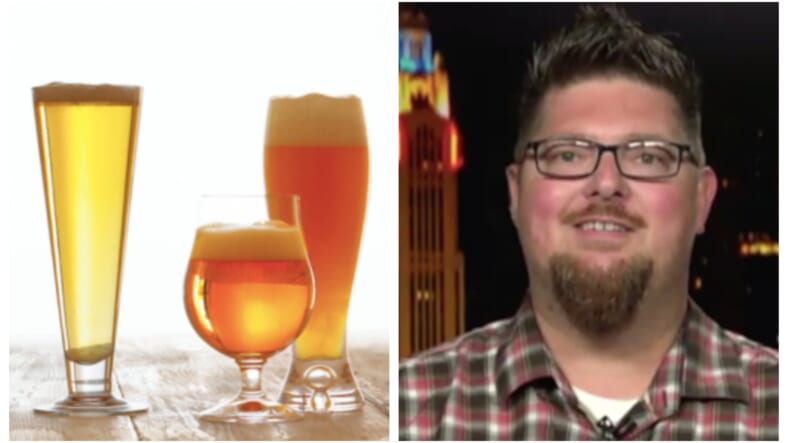 Here’s a diet plan anyone can get behind: beer. That’s it. Liquid bread, all day. Sounds crazy, right?

Okay, it probably is crazy if the guy really did it, but Ohio-based Army veteran Del Hall claims he decided he’d only consume beer for 46 days—for Lent—and lost  44 pounds in the process.

Abstaining during Lent is an act of self-discipline done in the run up to Easter. Fasting and praying is supposed to prep the believer for the holiest day on the calendar (yeah, it’s Easter, not Christmas).

Del Hall—who works at Cincinnati’s Fifty West Brewing Company and goes by “Beer Influencer” on Instagram—told Fox & Friends that he based his hoppy Lenten liquid fast on something he’d read about the way monks used to make those long days livable:

“Being a beer guy, you always hear this story about the monks in Bavaria, like in the 1600s, that they gave up all solid food for Lent and they only drank this special kind of beer that they called doppelbock. It’s got a lot of nutrients in it, a lot of carbohydrates, and a lot of sugar.”He added: “And I always wondered: Is that real? Can you really do that or not? So I decided I’d give it a whirl this year and try it out for myself.”

Hall kept track of his progress on social media. He told Fox that the first week was by far the toughest, then he felt like he was no longer addicted to food.

Hall indicated that his blood pressure and cholesterol have improved and that he feels like he’s “well educated now, and … ready to go to battle against obesity.”

We gotta admit it sounds pretty appealing. Let’s just hope he doesn’t drive too much while he’s doing battle.