26.2 Is an Electrolyte Beer Brewed Just For Marathon Runners

Who needs Gatorade when you have beer? 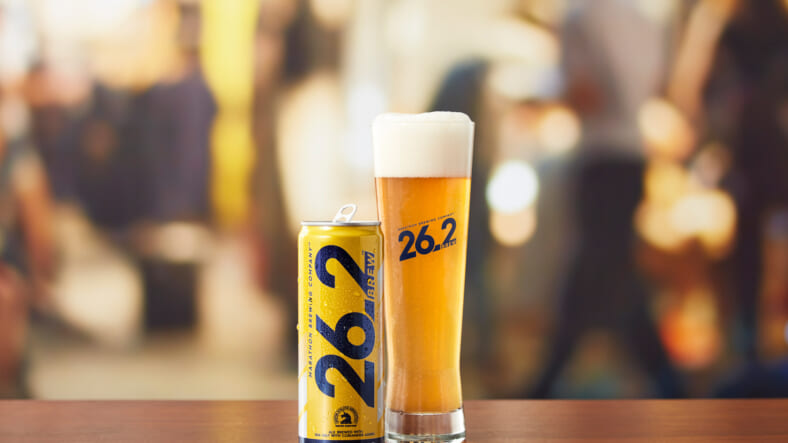 You know how runners chug water or Gatorade after a brisk jog to hydrate and quench parched throats? Now there’s another, better, more alcoholic option to quench that thirst: Beer.

As part of their Marathon Brewing branch the Boston Beer Company just released something called the 26.2 Brew, named after the length of a marathon.

The beer has an ABV of 4 percent. That won’t get you tipsy, but it will take the edge off, and it contains Himalayan salt for electrolytes, nine grams of carbs, and only 120 calories.

“As someone who loves beer and running, having the opportunity to brew a beer that helps runners celebrate their hard work was a passion project for me,” says Shelley Smith, triathlete and manager of research and product innovation at Boston Beer Company.

“Understanding what is important to runners is what made brewing this beer different from what is currently available. While most brewers are stripping flavor to hit a certain calorie mark, we focused on brewing a beer that not only fit what runners were looking for, but also delivered a great taste.”

The 26.2 Brew is the official beer of the Boston Marathon. Additionally, it’ll sponsor certain marathons nationwide such as the Los Angeles Marathon, the OC Marathon, and the Myrtle Beach Marathon.