It’s also the second cheapest place to drink beer on the planet, where a pint goes for just $1.60. 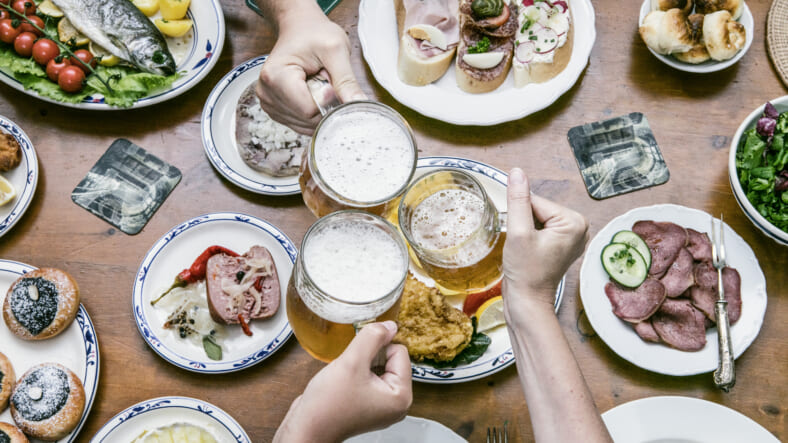 Attention beer lovers: If you’re planning a trip where you can drink endless beer and pay less for it than you would for water, your dream destination is to the best beer-drinking location in the world: Prague in the Czech Republic.

According to a survey from Japanese beer brand Kirin, for the 24th consecutive year, the fine folks in the Czech Republic drink the most beer out of anyone in the world, consuming an average of 143.3 liters of beer per person every year.

Plus, according to a separate survey from Deutsche Bank, Prague is the second cheapest place in the world to drink beer, where a pint of the golden elixir goes for $1.60.

Last year, the Prague was actually the number one cheapest place for guzzling the amber nectar, but at $1.50 a pint, Manila is this year’s winner.

Anyway, why do Czechs love their beer so much? As Inside Hook explains, the country has a loooong history with it, with the good stuff brewing in monasteries all the way back in the 10th century. So clearly, it’s been around for a very long time.

Inside Hook also notes that the Czech beer industry proved to be indestructible when it made it through major historical unrest including the dissolution of Czechoslovakia and world wars, and in 1995, Vaclav Havel, the first president of the Czech Republic, said:

“I suppose that drinking beer in pubs has got a good influence on the behavior of Czech society, because beer contains less alcohol than for example wine, vodka or whisky and therefore people’s political chat in pubs is less crazy.”

Lastly, some of the tastiest beer in the world hails from the Czech Republic thanks to the Saaz hops grown in Bohemia. In fact, Czech beer is so good that a scientific study from the European Research Institute of Brewing and Malting revealed that rats literally prefer it over water and other beers.